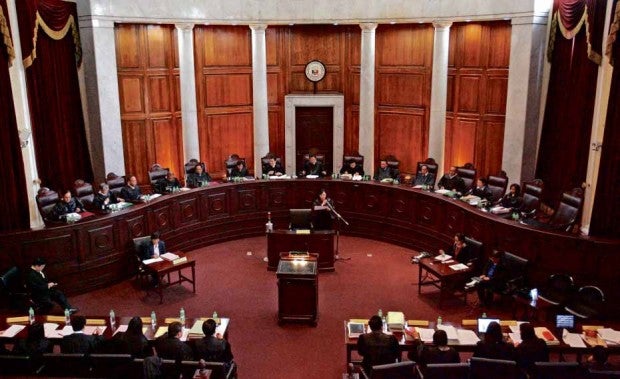 The Supreme Court (SC) has released a new set of guidelines regarding the confidentiality rule on names and personal information of victims in sensitive cases.

In an administrative circular made public Thursday, the high court has issued the rules to follow in the promulgation, publication and posting of decisions, resolutions and orders in cases of rape, child abuse, human trafficking and other sensitive crimes where confidentiality of identities of parties is required by laws.

The order required the SC, Court of Appeals, Sandiganbayan and trial courts to prepare two copies of their decisions and orders on cases covered by the confidentiality rule.

The first copy is the unmodified version of the decision, resolution or order which will contain the names and personal circumstances of the victims and will be placed in a sealed blue envelope signed by the clerk of court.

The second copy is the redacted version of the decision, resolution or order where the name of the victim will be changed with fictional initials set by the court and the personal circumstances will be removed.

“Only the authenticated hard copies of the second (modified copy) of the promulgated decision and amended or new decision, final resolution or order of the handling court shall be released to and served on the parties in accordance with the Rules of Court,” read the guideline signed by Senior Associate Justice Antonio Carpio.

When the cases reach the high court, the judicial staff head of the justice in charge shall submit copies of the second copy of the ruling “placed in a brown-colored envelope, separately marked, dated and authenticated.”

The SC Clerk of Court will keep the original hard copy of the first unedited version in a red-colored envelope after the promulgation of the decision while the modified copy or the second version will be placed in a yellow envelope.

The same administrative order also prohibits release of the first copies of covered cases to the public or media except when allowed by the court and upon waiver by the party involved.

“The unauthorized release to the public or to the media of hard or soft copies of the first copy of the decisions final resolutions or orders of the courts, in covered cases … shall be considered grave offenses and shall be punishable with the penalties provided under the Civil Service Rules on Administrative Cases for grave offenses, without prejudice to the criminal and civil liabilities that the violators may incur under applicable law,” the high court said.

The new guideline has expanded the guideline it has released in 2015 where the names of the victims of sensitive crimes have been replaced by initials in court documents.