(Updated, 12:50 p.m.) “The era of fake news is over,” Sen. Antonio Trillanes IV said as he filed seven criminal and administrative charges against Presidential Communications Assistant Secretary Mocha Uson at the Office of the Ombudsman on Friday for spreading “fake news” about his supposed offshore bank accounts.

In filing the administrative case, the senator said he would seek Uson’s “immediate dismissal” from office.

“The era of fake news is over .Ang lahat ng mga magkakalat ng fake news ngayon ay mananagot sa ating batas. So ‘yan ang kailangang matutunan ng lahat (Those who spread fake news will answer to the law. That is what everyone has to learn),” Trillanes said.

The senator had earlier warned that he would sue the entertainer-turned-public-official for libel as she posted photos on her social media account of his supposed bank accounts in Singapore.

President Rodrigo Duterte had echoed Uson’s claims but later admitted that he “invented” the information after Trillanes disproved the allegations by flying to Singapore and checking it with the banks allegedly involved.

Uson told Trillanes to Google the word “alleged,” which was included when she posted the details of the senator’s supposed hidden wealth.

She said that she would resign if Trillanes would win the case. /idl 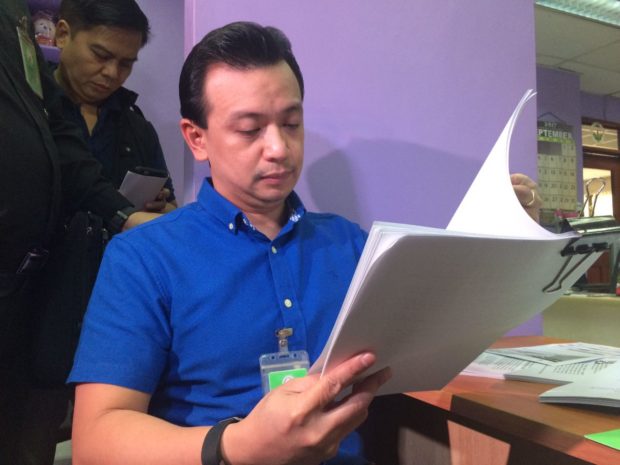 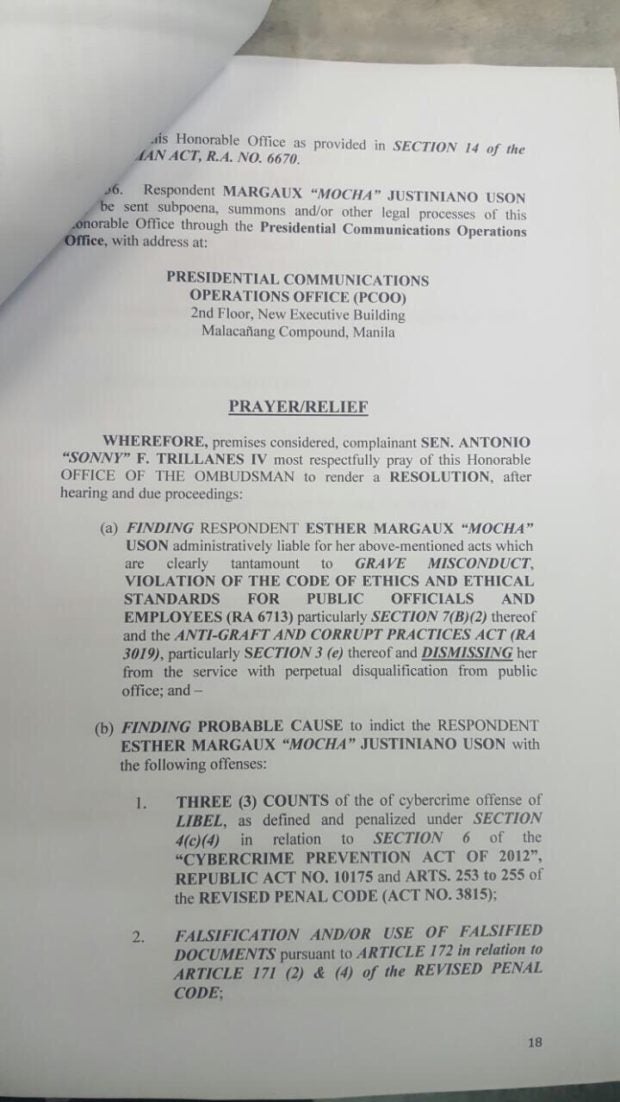 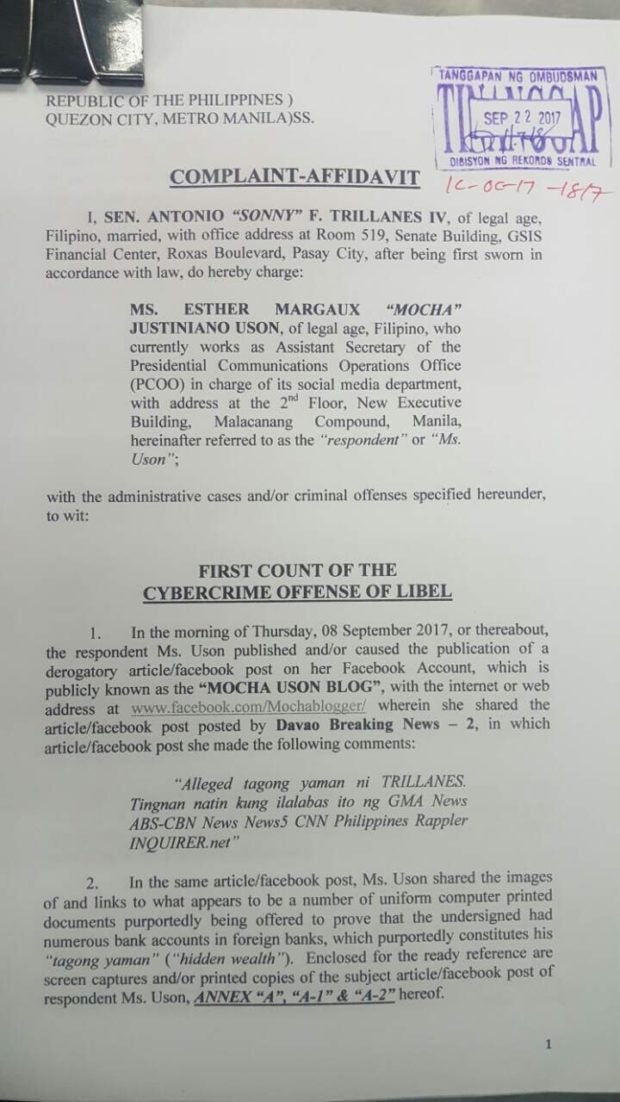 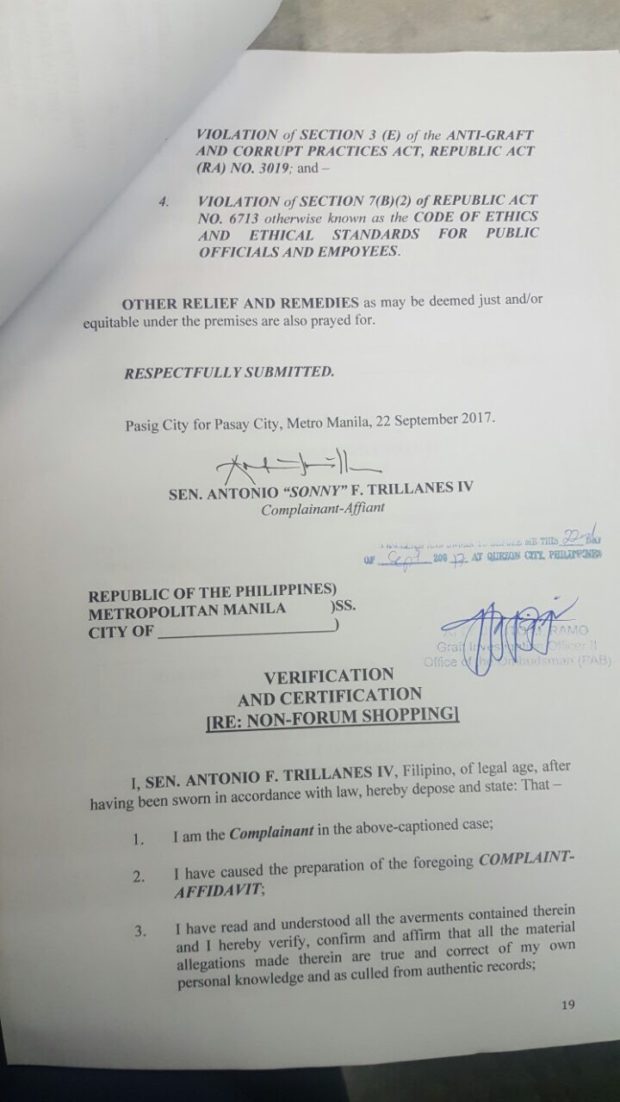