For former president Benigno Aquino III, the Presidential Commission on Good Government (PCGG) and the Commission on Human Rights (CHR) should not be abolished, saying the two government agencies created during his mother’s term have yet to fulfill their goals.

“Have they finished their job yet? During my term, they had still recovered some of the [ill-gotten wealth of the Marcoses],” he said of the PCGG.

Aquino spoke to reporters after the mass commemorating the 8th death anniversary of his mother, democracy icon and former president Corazon Aquino on Tuesday.

“Indeed their work is not yet finished. There’s no single person who knows all that needs to be recovered,” added Aquino, who has broken his yearlong self-imposed silence on the actions of his successor. 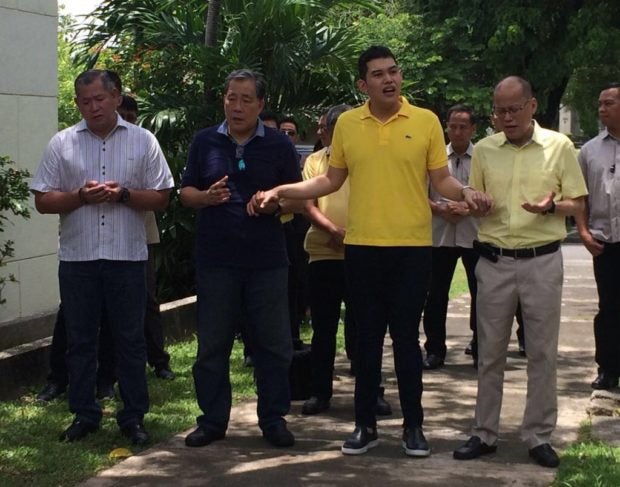 Former Pres. Benigno S. Aquino III at the tomb of his parents, former Pres. Corazon C. Aquino and Sen. Ninoy Aquino, on the 8th death anniversary of his mother. Inquirer/Rillon

The PCGG was set up after a bloodless Edsa People Power revolt in 1986 to recover around $10 billion in public funds embezzled by former president Ferdinand Marcos and his cronies after a two-decade dictatorship.

It has since recovered $3.4 billion or P170-billion worth of jewels, artworks and other properties.

Malacañang, however, moved for the dissolution of PCGG and transfer its functions to its mother agency, the Department of Justice, under the rightsizing bill, which is one of the legislations Mr. Duterte wants to prioritize.

Budget Secretary Benjamin Diokno questioned why the PCGG was still around after 30 year even if it should have been just an “ad hoc agency.” 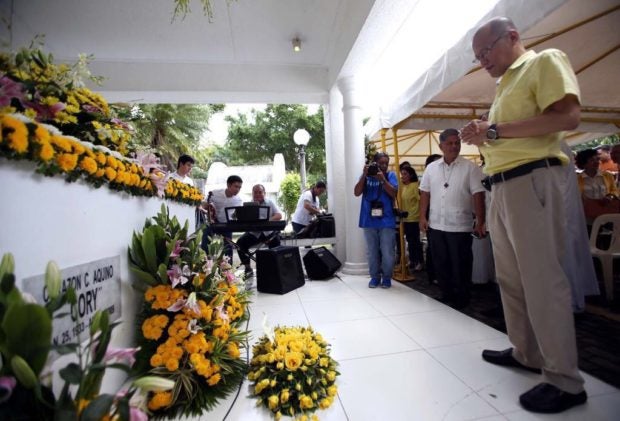 Former Pres. Benigno S. Aquino III at the tomb of his parents, former Pres. Corazon C. Aquino and Sen. Ninoy Aquino, on the 8th death anniversary of his mother. Inquirer/Rillon

Aquino also questioned President Duterte’s threats to abolish the CHR, saying its functions were not “maximized yet.”

He said: “Will we allow ourselves to submit to threats abolishing the agency which protects human rights? As long as we haven’t reached a perfect society, I think we still need an agency such as CHR.”

The CHR was created under Executive Order No. 163 of Cory Aquino, replacing the Presidential Commission on Human Rights set up by the 1987 Constitution. It is tasked to protect the citizen’s rights from abuses by the state.

Recently, President Duterte himself after delivering his State of the Nation Address warned the CHR not to investigate members of the police and military without seeking the approval of his office.

“And when the time comes, ‘yung CHR, ‘yung opisina dito (the CHR, this office), you are better abolished,” Duterte said.

The CHR has been monitoring reports that members of police were involved in the killing of thousands of drug suspects as part of the government’s all-out war against illegal drugs.

It has also kept a watchful eye on the alleged abuses of the military, including warrantless arrests in the provinces, after the President declared martial law in Mindanao in May. With a report from Nikko Dizon