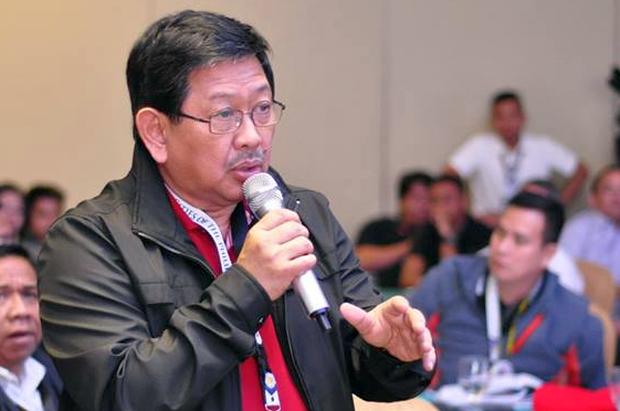 Angeles City Mayor Edgardo Pamintuan, president of the League of Cities in the Philippines (LCP), speaks during the 61st National Executive Board Meeting of the LCP, which was held last Feb. 21 at the Greenleaf Hotel Gensan in General Santos City. (Photo from the LCP Facebook account)

CITY OF SAN FERNANDO – The head of the League of Cities of the Philippines (LCP) said he believed the police’s Criminal Investigation and Detection Group (CIDG) did its job with “regularity” when the search of the house of Ozamiz City Mayor Reynaldo Parojinog Sr. on July 30 resulted in his death as well as that of 14 others.

“What happened there in Ozamiz City stunned and shocked us as it did ordinary people,” Angeles City Mayor Edgardo Pamintuan, LCP president, said on Tuesday.

“Considering that we still have to receive a complete report from the [Philippine National Police], we assume the regularity of the performance of CIDG in [enforcing] the legal court order and the consequences of its action,” he said.

According to Pamintuan, President Rodrigo Duterte has a new list of public officials involved in illegal drugs that was collated by validating an old drug watch list. But the mayor said he had no access to the new list yet.

He said the LCP had been campaigning against illegal drugs since its founding in 1989.

“We are very much aware of the President’s strong policy and the league’s stand on illegal drugs since its inception,” he said. “It is thus incumbent that mayors and all [local government units] for that matter should abide by this policy to protect our people from this menace.”

Parojinog was among the suspected narcopoliticians that Mr. Duterte named last year.

Also killed after the search in Barangay San Roque Lawis was the mayor‘s wife Susan and his brother Octavio Jr. –Tonette Orejas /atm