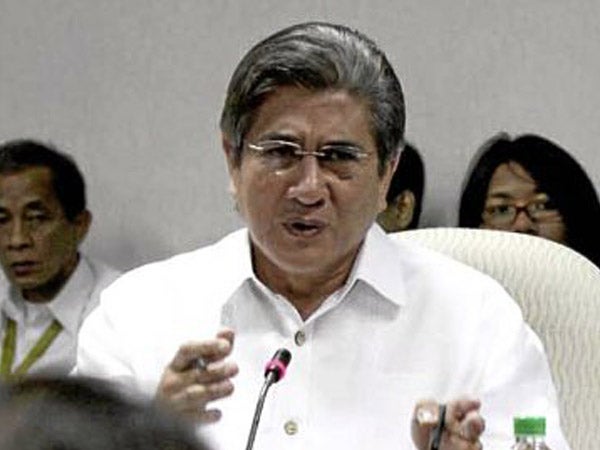 The Office of the Ombudsman has formally filed before the Sandiganbayan the criminal information for two counts of graft against Senator Gringo Honasan for his alleged misuse of his pork barrel funds.

The prosecutors at the Office of the Ombudsman on Tuesday filed two graft informations against Honasan for violations of Section 3(e) of the Anti-Graft and Corrupt Practices Act over the alleged anomalous use of his P30 million Priority Development Assistance Funds (PDAF) in 2012.

This makes Honasan the fourth senator to be charged over alleged anomalies involving lawmakers’ use of their pork barrel funds or PDAF, which was abolished by the Supreme Court at the height of public outcry over the Janet Lim-Napoles pork barrel scam.

In its indictment last September 2016, the Ombudsman found Honasan’s P30 million PDAF for Muslim Filipinos was implemented without complying with the procurement regulations.

In its September 12 resolution, the Ombudsman said the check dated May 30, 2012 and disbursement voucher approving the payment were prepared in favor of Focus Development Goals Foundation even before the NGO was informed that it was qualified to undertake the project.

The check was also signed before the memorandum of agreement was signed by the Office of Senator Honasan, the NCMF and Focus, the Ombudsman said, adding that Honasan even authorized the release of funds to Focus Development Goals Foundation in two tranches.

“The repeated illegal transfers of public funds to the NGO, resulted in the quantifiable, pecuniary losses to the government, thus constituting undue injury within the context of Section 3(e) of R.A. No. 3019,” Ombudsman Conchita Carpio Morales said in the Sept. 2016 resolution.

Revilla and Estrada have been denied bail, while Enrile was allowed to post bail on humanitarian considerations. Their trial is still being heard.

Meanwhile, Senator Joel Villanueva was earlier indicted with malversation, graft and falsification of public documents over the allegedly anomalous disbursement of his P10 million PDAF when he was a Cibac party-list congressman.

Villanueva was ordered dismissed for his administrative offenses, although the Senate has not implemented his dismissal from service. His charges however have yet to be filed in court.

Honasan and Estrada also face a separate Ombudsman investigation for graft, malversation and falsification of public documents for their alleged involvement in a P220-million scam at the Department of Agrarian Reform.  JPV

Read Next
Tech advances will lead to MH370 discovery—Malaysia Airlines
EDITORS' PICK
House energy committee chair Arroyo bats for cheap electricity
Bongbong Marcos to slain journalist’s kin: ‘We are ready to help’
Score lots of freebies and discounts on vivo 10.10. Sale
Smart awards ‘Subscribe & Get Lucky’ Raffle Promo winners
10,000 to less than 500: How people are driving the tamaraw to extinction
Marcos wants to accelerate efforts to build agricultural sector back
MOST READ
34 people killed in mass shooting at daycare center in Thailand
Marcos admin gets high approval ratings in Pulse Asia survey
Marcos Jr. wants next press secretary to be journalist or media practitioner
Bongbong Marcos reappoints Uy as DICT chief
Don't miss out on the latest news and information.