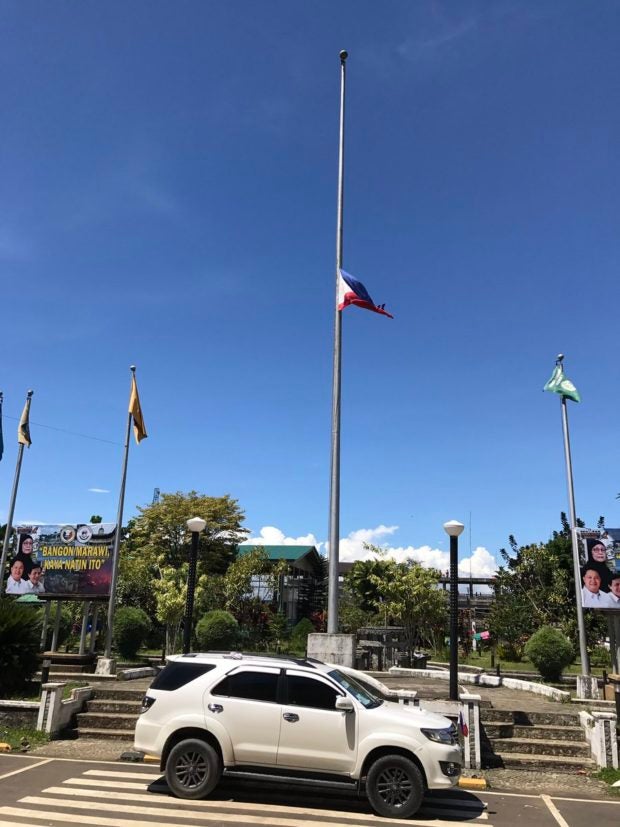 The Philippine flag flies half-mast at the Lanao del Sur capitol in honor of the soldiers who died in the fightings in in Marawi. ALLAN NAWAL/INQUIRER MINDANAO

The meeting was held as bombs dropped by FA-50 jets exploded in the background, along with successive artillery fires and small caliber fires.

A convoy of several military vehicles was seen heading for the battlefield even as the Armed Forces opened up, and granted the media access to previously restricted areas near the scene of the fighting—Including Amai PakPak Ave. near the Sarimanok area.

At the provincial capitol, the flag was also flown in half-mast on Saturday in honor of the 59 soldiers killed in action.

As of this report, fighting was continuing in the heart of the city as the military claimed to have gained foothold of strategic areas.