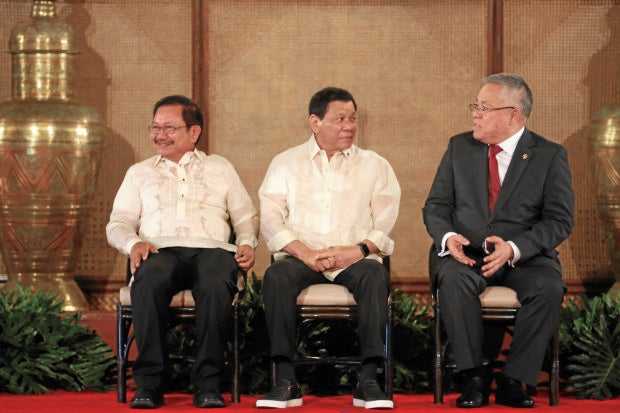 Duterte is the chairman of PDP-Laban while Speaker Pantaleon Alvarez is the party’s secretary-general.

Pimentel said Alvarez was responsible “for the mass influx of 110 congressmen to PDP Laban to establish a super majority in the House of Representatives even as a coalition of 17 senators composed a majority in the Senate.”

“Many local leaders, among them governors, city and municipal mayors and prominent political leaders, have already expressed their interest to join the PDP Laban which has also started to strengthen its international presence by forging ties with several foreign political parties,” the Senate leader said in a statement.

New party members, he said, are required to undergo a “Basic Membership Seminar” (BMS) during which the party constitution and by-laws, history and platform, among others, are being discussed by party elders and lecturers.

Pimentel said the move to amend the 1987 Constitution to pave the way for the adoption of a federal system of government tops the advocacies of the PDP-Laban, the only major political party that he said espouses the shift to federalism in its Party Constitution.

“Party leaders have been conducting forums nationwide to promote its (federal system) advantages versus the highly-centralized unitary government,” he said. IDL/rga