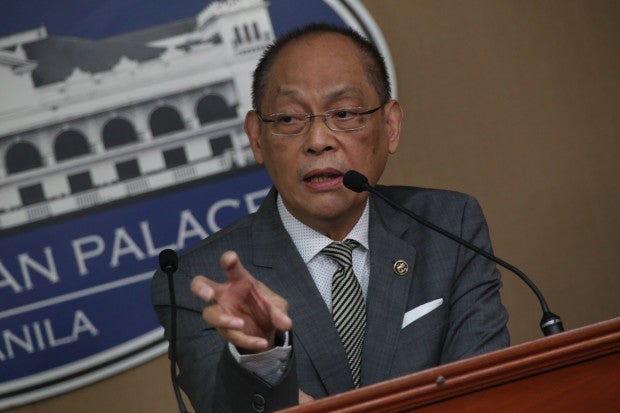 MANILA — The government already released 82.1 percent of the 2017 national budget at the end of the first five months, a slower pace than a year ago, the latest Department of Budget and Management data showed.

During the January to May period, P2.749 trillion of the record P3.35-trillion budget was released, including continuing appropriations under the 2016 national budget and other automatic appropriations.

For funds under the 2017 general appropriations act, allotment releases reached P1.846 trillion during the five-month period or 75.9 percent of the P2.432-trillion program.

Comprehensive releases to government departments as of May amounted to P1.687 trillion or 85.7 percent of the programmed P1.969 trillion.

Automatic appropriations—programmed over a period prescribed by law through outstanding legislation requiring periodic action by Congress—worth P875.395 billion or 95.4 percent of the P918.013-billion program for this year were released during the first four months.

Also released at end-May were P27.445 billion from continuing and automatic appropriations for departments, special purpose funds, grants and donations, as well as revalidation of the Armed Forces of the Philippines Modernization Program.

A balance of P601.034 billion must still be released before yearend.

The budgets released will be obligated by agencies for specific projects. Upon award of the projects, the allotted amounts will be disbursed for payments to contractors and suppliers.

In a recent speech, Budget Secretary Benjamin E. Diokno said that “with unprecedented amounts being provided in the 2017 budget, and in all likelihood, in the budgets for the coming years, underspending remains to be a great cause of concern for many.”

“However, let me assure all of you that we will exert all efforts to prevent this from happening again. Underspending is unacceptable. Funds delayed are services denied, and our people definitely deserve the speedy delivery of public services,” Diokno had said.

For 2018, the government will pitch a record P3.84-trillion national budget, up 14.6 percent from this year’s budget, the Cabinet-level, interagency Development Budget Coordination Committee said in a report last December.  SFM/rga