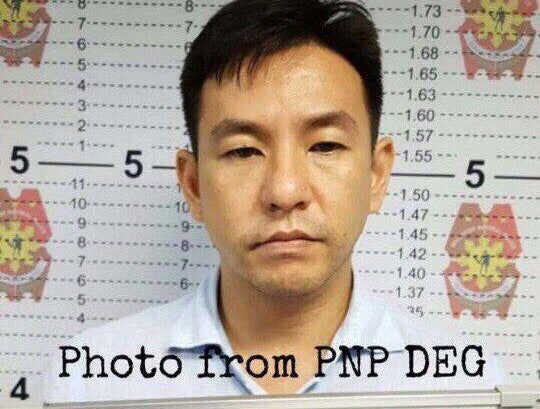 Police have a lead on the whereabouts of Jun No, the American-Korean national arrested in Pasay City for selling drugs, who escaped from custody while under watch of two drug operatives in a hospital in Quezon City last Saturday.

But the Philippine National Police (PNP) are urging the public to report to the authorities immediately if they have information about the alleged drug dealer’s location.

READ: Foreigner held for drugs escapes while under watch of guards

With his condition, Rigor said it would be “improbable” for him to travel outside Metro Manila.

“We have three special operations unit currently deployed and are working on a shifting basis closely monitoring the possible whereabouts of No,” he said.

The DEG has already coordinated with the Bureau of Immigration, airport and seaport authorities as well as airline and shipping companies.

Pictures of Jun No were also sent to hospitals within the vicinity of No’s last location.

No is known to be one of the major suppliers of party drugs in Malate, Manila. PNP DEG operatives caught him selling 140 ecstasy tablets in a parking lot in Pasay City last April 5.

“He’s also involved in prostitution. His clients are his fellow Koreans who are also fugitives. He’s one of those responsible for the proliferation of drugs in rave parties,” Rigor said.

“To deter him, it’s imperative that Jun No be captured, likewise his friends who might help him hide, we will not hesitate to file a case against you,” he added.

No was accompanied by a female companion, a certain Darleen Son, in the hospital, along with his two guards, Senior Police Officer 2 Michael Macarubbo of the PNP-DEG and Intelligence Officer 2 Ernie Eugenio of the Philippine Drug Enforcement Agency (PDEA).

Rigor said Son gave No P3,000 cash before escaping from the hospital.

Authorities were able to secure closed-circuit television footage in the hospital that showed No walking towards the exit hall of the hospital. Rigor said no one was with him when he left.

The police official said his message to No was: “It’s better that you surrender yourself because soon, the long arms of the law will catch up to you. It’s better to give up yourself, especially now that you need medical attention.” JE/rga