Though a Duterte ally, Zubiri says no to death penalty 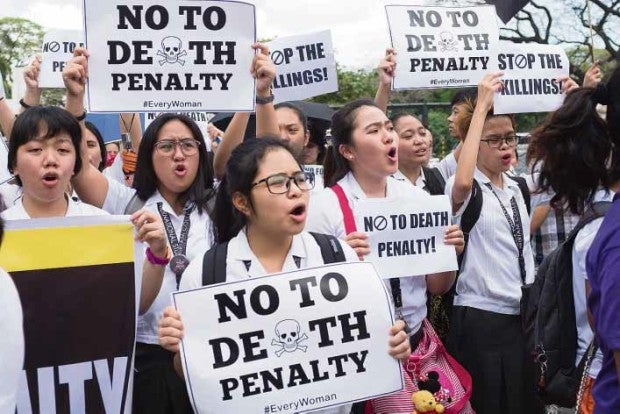 He may be an administration ally but Senator Juan Miguel Zubiri is standing firm against the death penalty as he had made a commitment to God that he would protect   the sanctity of life.

When he won during the last elections, Zubiri said he also made another commitment to God: “I’m going to do it right this time and I’ll vote using my conscience.”

Zubiri said he had already  talked  to Senate President Aquilino  Pimentel III, president of  PDP-Laban, and asked that  they be allowed to vote on the death penalty bill according to their conscience.

He said he is open on other  measures being pushed  by the administration  like the tax reforms, Charter Change, and the shift to federalism but not on the death penalty issue.

The proposed restoration of the death penalty in the country has been approved in the House of Representatives but remains pending at the Senate committee on justice and human rights chaired by Senator Richard Gordon.

Gordon is also part of the majority bloc but is against  the proposed measure.

Aside from Zubiri and  Gordon, three other  majority  members — Senate President Pro Tempore  Ralph  Recto and Senators Francis Escudero and  Nancy Binay — have expressed their position against the measure.

Read Next
Zubiri: AFP, PNP should work with int’l intel vs ASG
EDITORS' PICK
Heads may roll at BOC, says Palace if sugar smugglers are allowed to use recycled import permits
Palace: Biggest supermarkets in PH commit to sell sugar at P70 per kilo
vivo brings to the Philippines a powerful smartphone with a slimmer body, the vivo Y02s for only PHP 6,499
What to watch out for when selecting a video surveillance solution
House energy committee chair Arroyo bats for cheap electricity
DOH reports increase in daily COVID-19 deaths, mostly unvaxxed
MOST READ
DepEd to give teachers P5K cash allowance within first week of classes
GSIS cool to idea of lowering retirement age in PH
Alyssa Valdez to miss Creamline’s AVC Cup campaign
DOJ indicts bank officer in $2.1 billion Wirecard fiasco
Don't miss out on the latest news and information.