BREAKING: Sueno has been sacked — Aguirre 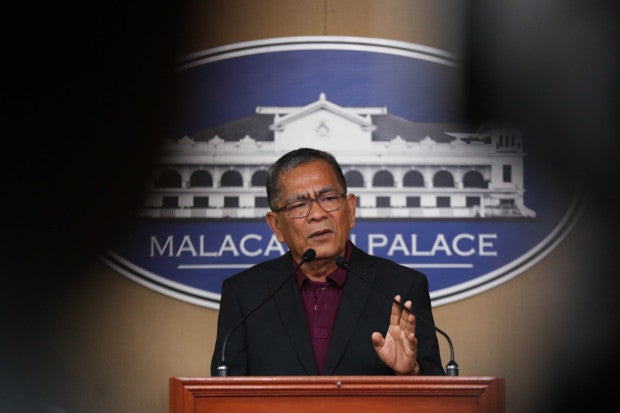 Justice Secretary Vitaliano Aguirre II said on Tuesday morning, April 4, 2017, that Ismael Sueno has been fired by President Rodrigo Duterte as head of the Department of the Interior and Local Government. CONTRIBUTED PHOTO / MALACANANG

In an radio interview, Aguirre was asked to confirm reports that Sueno had been removed as head of the Department of the Interior and Local Government.