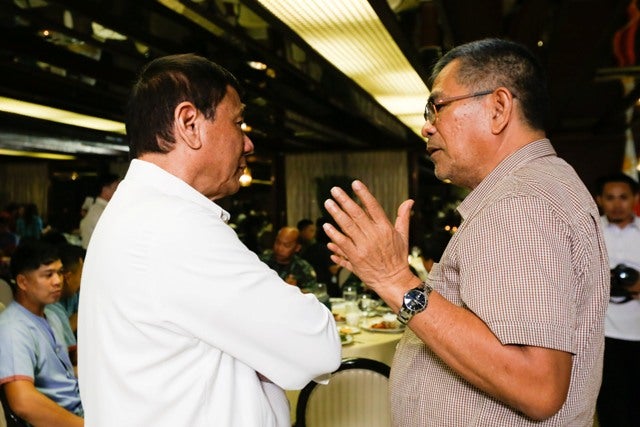 BACOLOD CITY, Negros Occidental — There is an internal rift at the Department of Interior and Local Government between the head of the office and three of his undersecretaries.

But DILG Undersecretary for Public Safety Jesus Hinlo said they had already raised their concerns about Interior Secretary  Ismael Sueno to President Duterte.

“We are awaiting the immediate decision of the President for the best interest of the DILG and the Filipino people,” he said in a phone interview with the Philippine Daily Inquirer on Monday.

Hinlo, however, declined to provide details of the rift between Sueno and himself and two other DILG undersecretaries –- John Castriciones for operations and Emilie Padilla for legislative liaison and special concerns.

He said their concerns were internal affairs of the DILG and were already with the President.

Hinlo, a native of Negros Occidental,  asked  “for prayers from his fellow Negrosanons for the President to be guided in making the right decision.”

Hinlo stressed that he has always served at the pleasure of the President and his loyalty has always been with Mr. Duterte and the administration’s fight against illegal drugs, criminality, poverty and corruption.

“Hopefully the matter can be resolved by Tuesday,” he said.

Sueno, who could not be reached for comment, was said to have accused his  undersecretaries of moving for his ouster.

Allegations of corruption have allegedly been hurled against Sueno.

Sueno and the three undersecretaries were members of the Mayor Rodrigo Roa Duterte-National Executive Coordinating Council Committee who campaigned for the President in 2016.  SFM/rga