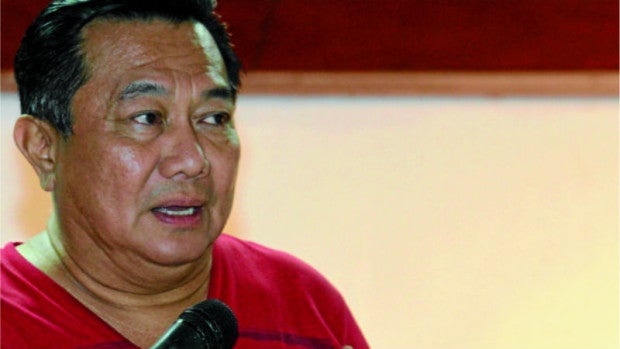 During the “Ugnayan sa Batasan” forum at the House of Representatives, Brosas said now that cat is out of the bag, Alvarez should include in his legislative agenda the bill legalizing divorce in the country.

Philippines and the Vatican are the only states in the world where divorce is prohibited.

(I hope he can possibly include in his legislative agenda the divorce as a legal option for couples to separate due to their irreconcilable differences.)

In Gabriela’s divorce bill House Bill 2380, a couple may enter into divorce if at least one condition is met:

READ: 3 out of 5 Filipinos want legalization of divorce – SWS survey

(We want to help the families who believe in the sanctity of marriage, at the same time, those who want to free men and women who are no longer okay with their marriages.)

Brosas said the existing legal remedies such as legal separation and annulment of marriage take a tedious process, as opposed to divorce which would be a quick fix solution to estranged couples.

(These cases are difficult to prove especially if it requires a psychologist. The process takes a long time, unlike with divorce. Divorce is a better option to explore as more beneficial to our citizens.)

The militant women’s group Gabriela party-list earlier slammed Alvarez for “flaunting” his affairs as if having an extramarital affair is “ordinary and acceptable.”

Surigao Del Norte Rep. Robert Ace Barbers, for his part, said it’s about time the country allows couples with irreconcilable differences to have a legal remedy to separate.

Brosas however lamented the “double standards” when Speaker Alvarez criticized Senator Leila De Lima for her affair with her driver who was accused of being her bagman in the alleged Bilibid drug trade, while downplaying his own affair as a reality among lawyers.

President Rodrigo Duterte himself backed his bosom buddy Alvarez for his affair by dismissing it as a normal scenario among lawmakers, even though he also branded as “immoral” De Lima’s affair with her driver Ronnie Dayan.

(Even the Speaker… why ask how many women? All of us here won’t hold ranks if it’s like that. Who doesn’t have happiness?)

(We all know there is double standard… That’s why what we’re saying is, we hope to influence each other and the President himself not to perpetuate the wrong perception about women.)

Alvarez’s admission of her relationship with Jennifer Maliwanag Vicencio outside his marriage with Emelita Alvarez raised the specter of his possible disbarment by the Supreme Court.

His admission also challenged his moral high ground when he criticized Senator De Lima, a vocal administration critic, for her affair with her driver accused of being her bagman in the Bilibid drug trade. De Lima and her driver Ronnie Dayan are detained on drug trade-related charges.

READ: The shoe is now on the other foot

“Kailangang ipakita sa taumbayan kung anong klaseng tao ito, ano ang kanyang karakter (We have to show the people what kind of person she is, what her character is),” Alvarez then said of De Lima, who faced a House probe on the drug trade allegations.

Alvarez denied criticizing De Lima for her affairs, noting that he criticized the senator over the drug allegations.

READ: FYI: Having a Mistress Doesn’t Make You More of a Man

The affair has also raised the issue of double standard — the tolerance and acceptance toward men’s affairs, while branding as immoral and damaging to a woman her own relationships outside marriage.

Malacañang has denied there is double standard in Alvarez’s admission of the affair, noting that the accusations against De Lima are related to the alleged drug trade.

He sued Floirendo amid reports that their girlfriends had a spat. Floirendo’s partners Cathy Binag confirmed the altercation with Vicencio during last year’s Masskara Festival in Bacolod city.

The Speaker however denied he sued Floirendo in retribution for his girlfriend. He dared his critics to disbar him, noting that all lawyers have girlfriends anyway

Besides disbarment, public officials also face administrative liabilities and suspension for the immorality of having an affair. Just recently, the Ombudsman suspended Mayor Denny Refol of Altavas, Aklan, for six months after he was found guilty of immoral conduct for fathering a child from another woman. JE