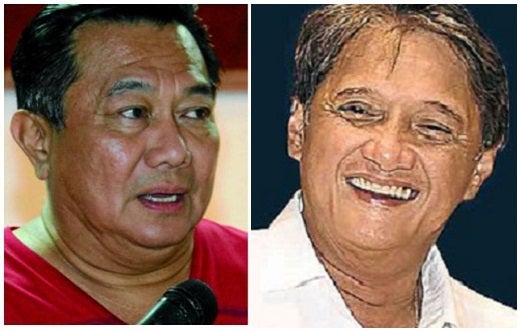 A rift between two allies of President Rodrigo Duterte is in the offing after Speaker Pantaleon Alvarez sought a probe on his colleague Davao Del Norte Rep. Antonio “Tonyboy” Floirendo Jr. in connection with an alleged graft-ridden land deal for a banana plantation.

This after Alvarez filed a complaint before the Ombudsman against Floirendo for allegedly having pecuniary interest in a land deal of his banana firm Tagum Agricultural Development Inc. (Tadeco) while he is a congressman. Tadeco is one of the country’s top banana plantation for export.

Alvarez’s filing a graft complaint and calling for a congressional inquiry on Floirendo’s banana business signal an infighting between the most trusted men of President Rodrigo Duterte.

Floirendo, son of the late banana magnate Antonio Floirendo Sr., was the biggest campaign donor of Duterte in the 2016 elections, having contributed P75 million.

READ: Floirendo: I gave P75M to Duterte campaign out of brotherly love | Ties that bind: Duterte and Alvarez go back a long way

Floirendo is also the husband of Miss Universe 1973 Margie Moran. They are separated.

In a text message, Alvarez said he filed the graft complaint with the country’s interests at heart even though Floirendo is an ally of the President.

“Our friendship ends where the interest of our country begins,” Alvarez said.

He also denied suing Floirendo over reports the Davao lawmaker was behind moves in the lower house to oust him as Speaker.

“That’s of no moment. The only issue is the interest of our country,” Alvarez said.

Alvarez added that he is unfazed by ouster moves against him, rumors of which started to circulate after he stripped of committee and leadership posts the lawmakers who voted no to the administration bill restoring the death penalty.

One of those who was stripped of her deputy speaker post was former president Pampanga Rep. Gloria Arroyo, who is rumored to replace Alvarez if the latter is ousted.

“I have no problem with that,” Alvarez said.

Alvarez said Floirendo was a Davao Del Norte representative when Tadeco renewed its joint venture agreement (JVA) with the Bureau of Corrections (BuCor) in the lease of 5,308.36 hectares of land at the Davao Penal Colony which was converted into a banana plantation by Tadeco.

Alvarez said the JVA was renewed in 2003 for another 25 years when Floirendo was Davao Del Norte second district representative.

Although Floirendo was not a Tadeco board member when the joint venture was renewed in 2003, he was a stockholder owning 0.89 percent of shares in the banana firm, Alvarez said.

The Speaker added that Floreindo’s absence from the board in 2003 was a ruse to “hide the fact of his continued pecuniary interest.”

Alvarez said that Floirendo was also a board member and stockholder in Anflocor, holding various positions such as director, executive vice president, vice chair and chair.

Floirendo was a board member owning 9.7 percent of shares in Anflocor when the joint venture was renewed in 2003, Alvarez said.

Alvarez alleged Floirendo had financial interest as congressman in 2003 when Tadeco and Anflocor entered into a lease deal for the banana plantation in Davao Penal Company.

Financial or pecuniary interest in a government transaction is prohibited in the 1987 Constitution.

Alvarez said there was no evidence Floirendo divested his shares in Tadeco and Anflocor in 2003 as a Davao Del Norte congressman.

“Respondent undeniably had a direct financial or pecuniary interest with the renewal of the consolidated joint venture agreement in  2003… Given that respondent was a stockholder of Tadeco and member of Anflocor’s Board, he was naturally and closely interested in the profits of both corporations,” the complaint read.

Alvarez cited Article VI, Section 14 of the 1987 Constitution which prohibits members of Congress from having financial interests in any contract with government – in this case, the contract between Tadeco and BuCor.

The said constitutional provision states that: “No Senator or Member of the House of Representatives may… directly or indirectly, be interested financially in any contract with, or in any franchise or special privilege granted by the Government, or any subdivision, agency, or instrumentality thereof, including any government-owned or controlled corporation, or its subsidiary, during his term of office.”

“This Constitutional prohibition squarely applies to the respondent. Undeniably, BuCor is an agency of the government and it granted the contract in the form of the consolidated JVA (joint venture agreement) to Tadeco,” the complaint read.

Alvarez earlier filed a resolution calling for a probe in the House of Representatives on the allegedly anomalous deal between BuCor and Floirendo’s banana firm.

In House Resolution 867, Alvarez called for an inquiry in aid of legislation on the “grossly disadvantageous” 2003 joint venture agreement which allegedly shortchanged BuCor in the profit sharing scheme.

Alvarez alleged that the share of the BuCor is only at P1.35428 per box as opposed to the price of the bananas for export at $12 or around P600 per box.

Alvarez added that the BuCor is prejudiced in the P26.5 million guaranteed annual production share, because the prevailing price of lease contracts in the area is at P25,000 per hectare per year.

This means the BuCor was shortchanged with as much as P106.167 million in guaranteed annual production share, Alvarez said.

“There have also been serious allegations that the workers in the banana plantation operated by Tadeco have been ill-treated and exploited which warrants further inquiry,” Alvarez said. CBB/rga/JE