Robredo: I will give details of ‘palit-ulo’ to Sueno | Inquirer News

Robredo: I will give details of ‘palit-ulo’ to Sueno 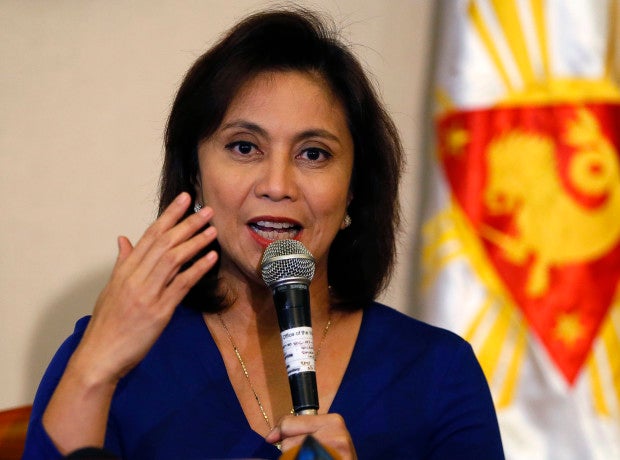 Vice President Leni Robredo on Tuesday said she had asked Interior Secretary Mike Sueno to set a meeting with her to discuss protection for victims of the “palit-ulo” scheme.

Robredo said victims wanted to testify about the abuses by the police in poor communities but they were fearing for their lives.

While the Philippine National Police admits practicing palit-ulo which involves charging drug suspects with lesser crimes in exchange for the arrest of big-time pushers, it denied the version claimed by Robredo.

Robredo’s version allegedly involved policemen taking hostage the wife, husband or relatives of a drug suspect if the latter cannot be found.

Sueno has also denied the existence of the Vice President’s palit-ulo scheme.

In an interview over radio DZMM, Robredo said she talked to Sueno when they met at the commencement exercises for the Philippine National Police Academy (PNPA) “Masidlak” Class of 2017 last Friday.

She said the secretary agreed to meet but said he was only available after the Holy Week, which ends on April 16.