The shoe is now on the other foot 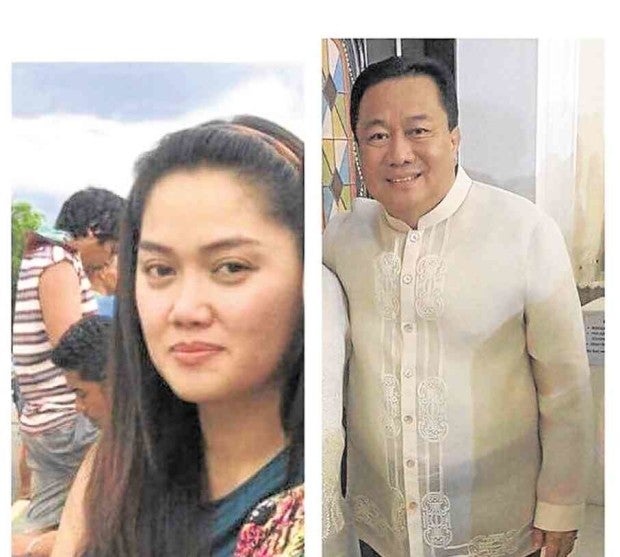 After leading other Duterte supporters in “slut-shaming” Sen. Leila de Lima for her affair with her driver during a House hearing in November, House Speaker Pantaleon Alvarez now finds himself the target of irate netizens and possible disbarment for his very public extramarital relationship.

Even the most popular teleserye was sidelined this week when House Speaker Pantaleon Alvarez justified his philandering with quotes that would be remembered long after he exits the political arena.

Alvarez, 59, is married to Emelita Apostol Alvarez, the current head of the Congressional Spouses Foundation  (which also made news recently when the Speaker asked the group to vacate the House complex, citing lack of space).

The official, a staunch Duterte ally, has long been estranged from the mother of his four children. He also admitted having sired eight children in all, two of them from a first marriage, and two from other partners.

Alvarez, a lawyer, expressed readiness as well to face a disbarment case arising from his extramarital relationship.

“Go ahead, no problem with me,” he said when reminded that he could get delisted from the roll of attorneys.

On Friday, the Integrated Bar of the Philippines (IBP) issued a statement reminding lawyers to maintain “the highest standards of morality, behavior and professionalism.”

“As members of a noble profession and as officers of the court, lawyers are held to a higher standard than most and these standards are seriously enforced by the Supreme Court and by the IBP as the mandatory organization of lawyers,” the IBP statement read. 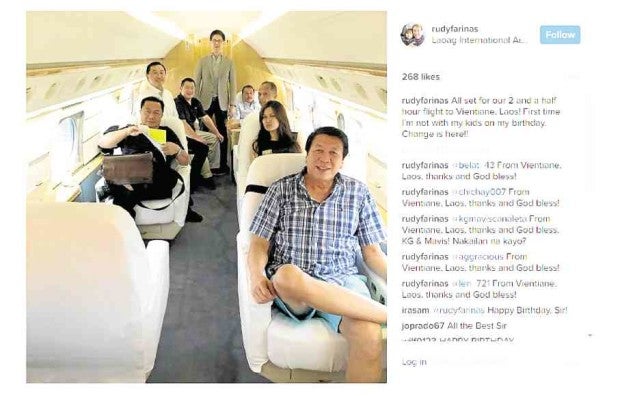 If a disbarment case should be filed against Alvarez, the IBP assured that he would “be granted the full measure of his right to due process but these shall be the same standards against which his actions shall be measured.”

The Code also forbids them, whether in public or private life, from behaving in a scandalous manner to the discredit of the legal profession.

The Speaker could also be penalized or dismissed from office under Article 334 of the Revised Penal Code, which states that “a husband who committed concubinage, or keeping a mistress in the conjugal dwelling, having sexual intercourse, under scandalous circumstances, with a woman not his wife, or cohabiting with her in any other place, shall be punished by prision correccional in its minimum and medium periods.” This means a prison term of from 6 months and one day, up to 4 years and 2 months.

In a Supreme Court decision in 2003, a man having an illicit relationship with a woman not his wife was, within the purview of Section 46(b)(5) of Subtitle A, Title I, Book V of Executive Order No. 292 or Administrative Code of 1987, (engaged in) a “disgraceful and immoral conduct.”

Under Rule IV, Section 52A(15) of the Revised Uniform Rules on Administrative Cases in the Civil Service, an immoral conduct is classified as a grave offense which calls for a penalty of suspension for six months and one day, to one year for the first offense. A second offense can mean dismissal from office.

Aside from possible disbarment and dismissal from office, Alvarez has been the subject of irate posts on social media as netizens recalled him leading other Duterte supporters in “slut-shaming” Sen. Leila de Lima for her extramarital affair with her driver, Ronnie Dayan, during the House hearing on the senator’s alleged drug links.

The Speaker, however, denied being selective in his stand on morality.   “I castigated her for her involvement in drugs and not for her love life,” he said of the De Lima hearing.

Netizens also castigated Alvarez for saying his extramarital affair did not cost the government anything.

Pictures of him with his girlfriend, since identified as Jennifer Maliwanag Vicencio, inside a chartered plane with other Duterte officials, soon flooded social media, with netizens asking:  “Who’s spending for her fare on this official trip?”

Others snarled: “So this is where our taxes go!?”

The Speaker’s complicated love life surfaced when, early this week, he filed a complaint before the Office of the  Ombudsman against longtime friend and patron, Davao del Norte Rep. Antonio Floirendo Jr., saying that his family corporation had benefitted—to the government’s disadvantage—from a 25-year lease of over 5,000 hectares from the Bureau of Corrections.

The estate is used as a banana plantation by the Floirendo-owned  Tagum Agricultural Development Company, Inc.

In response, Floirendo’s girlfriend, Cathy Binag, said the Floirendo-Alvarez feud started at the Masskara Festival in Bacolod City late last year when she had an altercation with Vicencio.

Binag, who manages a restaurant in Davao City, identified Vicencio as Alvarez’ mistress.

Since being named however,  Vicencio has “disappeared” from Facebook, having changed her name. But photos of herself, her children, and the supposed “powder room of her mansion” can still be viewed under the names of her Facebook friends. The photo was posted in 2013.  —WITH A REPORT FROM INQUIRER RESEARCH