NHA to check eligibility of Kadamay members as eviction halted 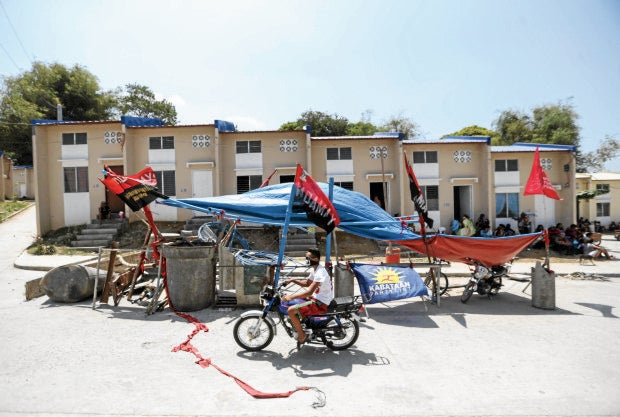 The National Housing Authority (NHA) on Monday did not push through with the planned eviction of members of the Kalipunan ng Damayang Mahirap (Kadamay) who were occupying six housing units in Bulacan after a dialogue with the urban group.

In a short statement after the dialogue, NHA spokesperson Elsie Trinidad said the agency will conduct first a profiling of occupants to determine their eligibility. The NHA said occupants should be homeless and not professional squatters.

At least 5,000 families affiliated with Kadamay occupied six housing projects in Pandi, Bulacan since March 8. These units were supposedly built for personnel of the Armed Forces of the Philippines (AFP) and the Philippine National Police and for informal settlers in Metro Manila.

The occupants were served a seven-day eviction notice on Monday last week but they stood their ground.

“We welcome efforts to seek a just solution to the housing crisis through the recognition of the rights of the occupants as well as the many more who wish to avail of housing services from government,” Reyes said.

“As tomorrow is Duterte’s birthday, we urge him to break bread with Kadamay and hear out the sentiments of the urban poor and work towards acceptable solutions to the housing crisis. We congratulate Kadamay for showing the world what organized, militant and collective action can achieve,” he added./rga