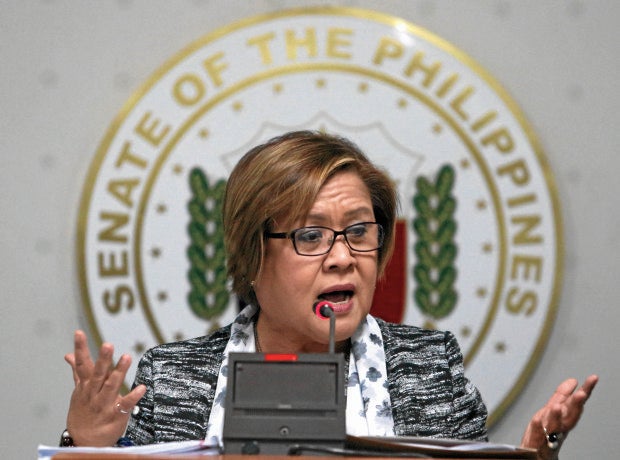 The President himself has accused De Lima, Senator Antonio Trillanes IV and Vice President Leni Robredo of planning to unseat him.

“Pranka tayo (Let’s be frank). They want me ousted,” Duterte said in a speech last week.

But De Lima, who has been detained at Camp Crame over drug charges, denied being part of such plot.

“What destab are they talking about? What ‘triumvirate of plotters’?” she said in a handwritten statement on Monday.

“Stifling criticisms and shunning international condemnation, irrationality of behavior and policies, constant animosity towards the Church, sell-out of our sovereign rights over our maritime domain, and rejection of accountability for the heinous acts of summary killings—these are a clear recipe for self-destruction.”

“So don’t look at us please…” the detained senator added.

In a separate statement, De Lima also hit the “duplicitous behavior” of some administration allies, who want to push through with the impeachment bid against Robredo despite the President’s statement against it.