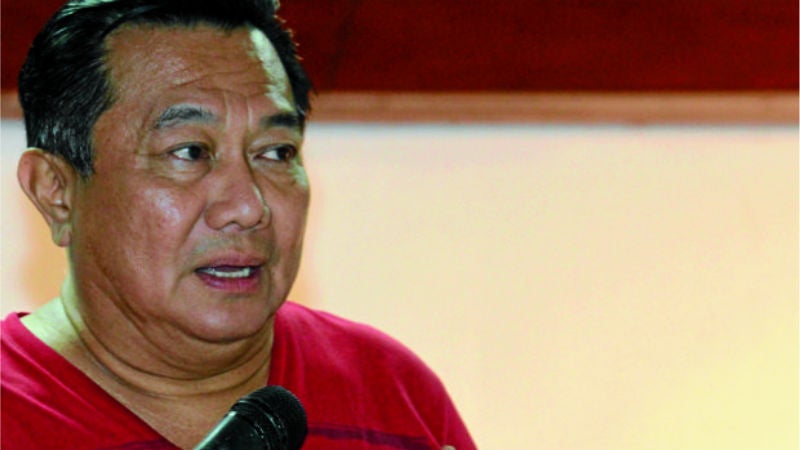 In an interview with CNN Philippines, Alvarez said Robredo may be impeached for betrayal of public trust for sending a video message to the United Nations criticizing the administration’s war on drugs.

Alvarez said Robredo painted the country in a bad light before the international community, which has serious economic consequences.

(My view here is there is betrayal of public trust.)

Alvarez also took a hit at the legitimacy of as Vice President Robredo, who faces an election protest filed by former senator Ferdinand “Bongbong” Marcos Jr. after the latter lost by a margin of 200,000 votes.

(If we assume that her election in office was legitimate and true, would you put the country in a bad light before the international community, what would be the effect of that?)

(She is painting the country in a bad light before the eyes of the international community.)

The Speaker said he would study the possibility of filing an impeachment complaint against Robredo, whom he also accused of being behind the filing of an impeachment rap filed by Magdalo Rep. Gary Alejano against Duterte.

“Pinag-aaralan natin. Hindi naman ako sulong ng sulong. I have to make sure it can start trial,” Alvarez said.

(We will study that. I don’t want to file out of a whim. I have to make sure it can start trial.)

On Thursday, Magdalo Rep. Gary Alejano sought the ouster of President Duterte for his alleged hand in the vigilante killings by the Davao Death Squad and the spate of extrajudicial killings at the height of his administration’s war on drugs, as well as his alleged P2.2-billion hidden wealth.

The Speaker earlier tagged Robredo as being behind the impeachment move against Duterte, noting that the filing of Magdalo’s impeachment complaint coincided with her message to the United Nations Commission on Narcotic Drugs critical of the government’s narcotics war.

Robredo also exposed the alleged “palit ulo” scheme where the poor families are rounded up by the police who would then demand that relatives would be taken in exchange for the accused drug personalities if the latter were missing.

Robredo’s six-minute video is scheduled to be shown at the 60th United Nations Commission on Narcotic Drugs annual meeting in Vienna.

Ifugao Rep. Teddy Baguilat said Robredo’s criticism of the administration “is not an impeachable offense.”

“Even before the Vice President went to the United Nations, the country was already in a bad light.. It didn’t take Leni-speak for UN Sec-General, Special Rapporteur to say there’s a human rights crisis in the Philippines,” Baguilat told INQUIRER.net.

In a series of tweets, Baguilat went further and scored Alvarez for being “unstatesmanlike.”

“Just because his boss got hit with the truth in the international forum,” Baguilat said.

He added that Robredo’s criticisms did not amount to treason. “You may or may not agree with VP Leni’s actions. But if she believes it’s the truth, it’s her right to express it,” Baguilat said.

“Dissent and expressing your views on issues does not mean destabilization. It’s an essential part of democracy,” Belmonte said in a text message to Inquirer.

Belmonte also said Alvarez may have been “misinformed” when the latter tagged Robredo as behind the impeachment complaint.

(The Liberal Party, most especially VP Leni, has nothing to do with the impeachment complaint. These so-called destabilization plots are figments of the imagination and are all made up.) RAM/rga