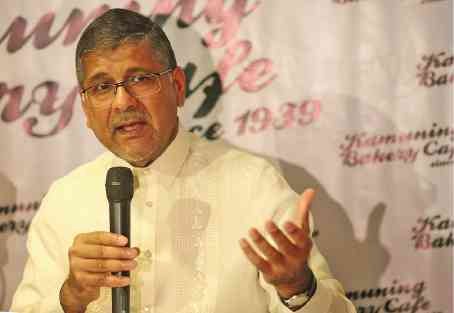 The Philippine National Police (PNP) defended its anti-drug campaign after the British Ambassador criticized President Rodrigo Duterte’s brutal drug war for leading to the deaths of thousands of Filipinos.

British Ambassador to the Philippines Asif Ahmad said in a recent interview that the PNP should stop its anti-drug operations and “look at new ways of operating” to eradicate drugs in the country.

Since July, a total of 2,602 drug personalities have been killed in legitimate police operations while nearly 5,000 died in summary killings regarded by the PNP as “deaths under investigation.”

Ahmad said the Philippine government should instead treat the drug problem as a public health issue.

For the PNP’s part, spokesperson Senior Supt. Dionardo Carlos argued that the drug problem should not only be seen as a health issue but a violation of the existing law.

“The drug problem is both a health issue and a violation of existing Philippine law,” Carlos said in reaction to the ambassador’s statement.

He stressed that the PNP is still mandated to enforce the law.

Carlos reiterated the PNP’s anti-drug efforts through “Oplan Double Barrel” have made 1.181 million drug users and pushers surrender. More than 53,000 drug offenders, meanwhile, have been arrested.

Under the relaunched drug war, which took a month-long hiatus amid the rising number of deaths, Carlos said the police will revisit the “surrenderers” to offer them a community-based drug rehabilitation program with the Department of Health and the local government concerned.

“Clearly, the results of the seven-month campaign show us that the PNP extended the helping hand and continue to reach out to drug offenders first while at the same time not remiss in performing our mandate,” he said./rga