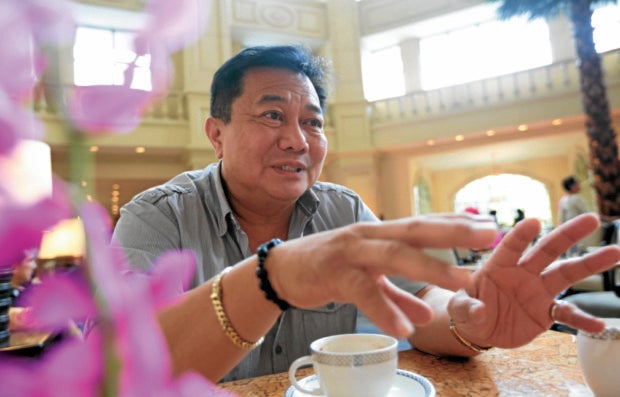 Speaker Pantaleon Alvarez on Wednesday warned the Department of Transportation (DoTr) that Congress would not fund any penalties that would be imposed on the government for any delays in the “ambitious” common station terminal.

Alvarez attended the House of Representatives transportation committee and scolded Transportation Undersecretary for the rail sector Cesar Chavez for still pushing through with the memorandum of agreement (MOA) for a common station between SM North and TriNoma that would link Metro Rail Transit-3 (MRT-3) and Light Rail Transit-1 (LRT-1).

Alvarez said this contract, which Chavez said was approved by the MRT board and forwarded to the National Economic and Development Authority for review and approval, is disadvantageous to government because of its bloated price.

The contract imposes penalties on the government for every delay on the construction of the common station.

Chavez said government would have to pay penalties if the common station would not meet the timeline of construction by 2019.

Alvarez said the DoTr officials should pay the penalties from their own pockets because Congress, which holds the power of the purse, would not appropriate any fund for such a disadvantageous contract.

He said DoTr should pay the price for pushing through with the MOA instead of resorting to the original plan for the common station in 2009, which Alvarez claimed was more convenient because the riding public goes down a public terminal there.

(That’s not the government’s fault. Why will the government be penalized? Because that will be your fault. Because you don’t want to build the terminal that has already been funded by government, because you prefer the ambitious terminal.)

Alvarez said it only takes common sense to see that the 2009 plan for the common station near SM North Annex was more advantageous to the government than the planned common station between SM North and TriNoma.

(I can’t understand, it’s common sense, simple. The President said better to use common sense. Let’s not go about it.)

Alvarez ordered Chavez to have Transportation Secretary Arthur Tugade attend the House hearing so he could explain why the DoTr entered into the concession agreement which could prove disadvantageous to government.

(Maybe that ambitious common terminal subject of that memorandum of agreement will not be finished after President Duterte’s term.)

Alvarez earlier said that while the planned common station somewhere between TriNoma and SM North would cost government P2.8 billion, the location near SM North would cost only P500 million, because SM would pay as much as P280 million naming rights.

The common station seeks to connect three urban transit lines: the Light Rail Transit Line 1, the Metro Rail Transit III (MRT-3), and the MRT-7, which recently broke ground and would run from the Common Station to Bulacan via Commonwealth Avenue.

The DoTr is expected to spend P2.8 billion in taxpayers’ money to build the portion that will house the platform and concourse of the Light Rail Transit (LRT) 1 and MRT 3.

Construction is set to start end-2017 and completion is pegged at April 2019.

The construction of the common station had been delayed due to legal tussles.

In 2014, the government had wanted the common station to be built near TriNoma because it would be cheaper at P1.4 billion.

This prompted the SM Prime Holdings to seek an injunction from the Supreme Court to oppose the transfer for violating a 2009 memorandum of agreement with LRT-A that the common station should be constructed in front of the SM North Edsa.
This year, the stakeholders finally agreed to make the common station in between SM North Edsa and TriNoma. JE