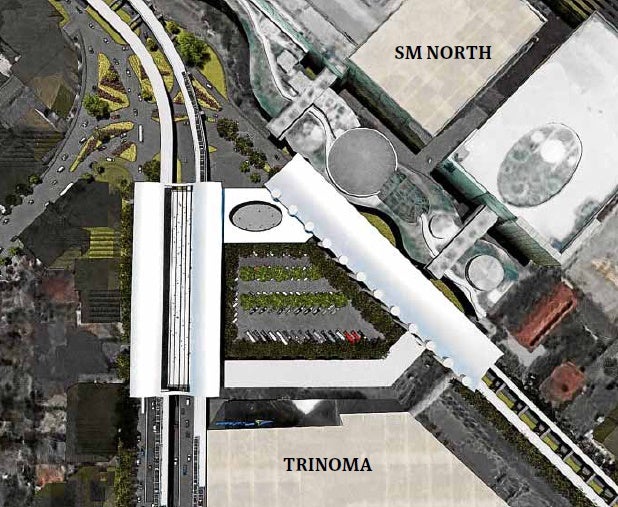 A computer image shows the proposed common station for the LRT-1, MRT-3 and MRT-7 lines between SM North Edsa and Trinoma Mall in Quezon City. Construction has been set to begin in December. CONTRIBUTED PHOTO

Alvarez suspects that Lim and Creencia allowed the common station to be built near Trinoma mall of the Ayalas to favor some businessmen. He earlier called on the two to resign for conflict of interest.

“Huwag na tayo maglokohan,” he added. (Let’s not fool ourselves)

Alvarez said the previous location near SM North Edsa, which was presented to the committee by minority leader Danilo Suarez, was more convenient to the public because it was near a public terminal.

Alvarez said that while the planned common station would cost government P2.8 billion, the location near SM North would cost only P500 million because SM already paid P200 million for the naming rights.

He said the location near SM would also ensure “seamless” connection of the Light Rail Transit Line 1, the Metro Rail Transit (MRT) Line 3 and the soon to be built MRT Line 7.

During the hearing, Creencia said the location near Trinoma was a product of technical studies that would ensure convenience to the riding public.

Alvarez warned the officials to brace themselves for cases in court. CBB