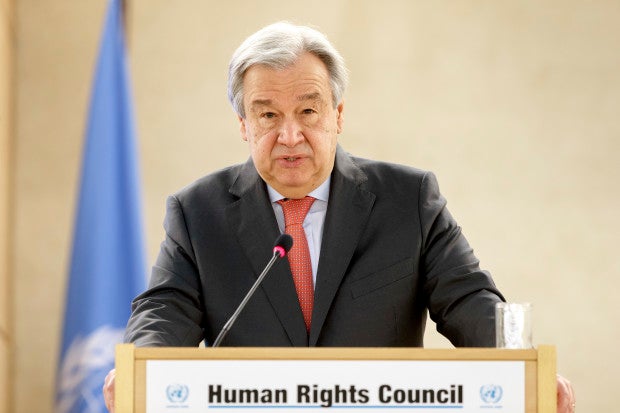 READ: Missile launch was training for strike on US bases — North Korea

“The Secretary-General reiterates his call for the DPRK leadership to refrain from further provocations and comply fully with its international obligations.”

The Security Council was expected to hold an emergency meeting to discuss the four missile launches, three of which landed close to Japan./rga