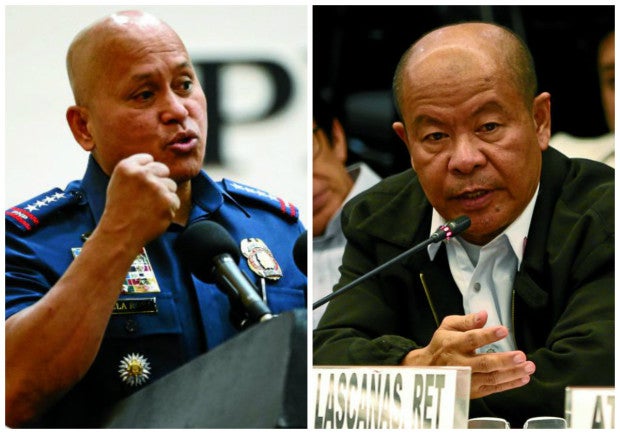 In an ambush interview a day after the Senate probed the testimonies of ex-Davao cop SPO3 Arturo Lascañas, Dela Rosa repeatedly brushed off reporters’ questions on Lascañas’ claim that Duterte instructed him to kill people when he was still the police director in Davao City.

During the Senate inquiry on Monday, Lascañas said he and Dela Rosa had worked together in targeting the most wanted criminal in Davao Del Sur, Felicisimo Cunanan Jr., and coordinated with him about the kidnapping and killing of Sali Makdum.

“No comment,” Dela Rosa told reporters when pressed to react on the claims of the retired cop.

Asked if he was categorically denying the allegations of Lascañas, Dela Rosa again answered: “No comment.”

But Dela Rosa, who served as the Davao City police chief from 2012 to 2013 under Duterte and his daughter Mayor Sara, admitted that he personally knew Lascañas.

(Of course, I know him. I was Davao’s (chief of) police. He was an ordinary police.)

The Senate has closed its inquiry on the revelations of Lascañas, saying his statements have “no probative value.” IDL/rga