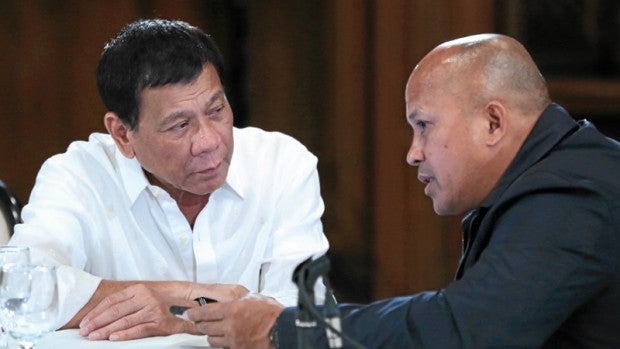 Even Philippine National Police chief Director General Ronald “Bato” dela Rosa when he was the city director in Davao was allegedly instructed by then Davao City Mayor Rodrigo Duterte to kill people, a retired police officer told a Senate hearing on Monday.

Retired SPO3 Arturo Lascañas said he and Dela Rosa had worked together in targeting the most wanted criminal in Davao Del Sur, whom he identified as Felicisimo Cunanan Jr.

Lascañas said he killed the target because he had a gun and did not surrender to him. Cunanan’s driver and another companion, who had a gun but raised his hands, were later brought to the heinous crime office in the province.

He said the then mayor and now President Duterte came to the office with Dela Rosa and scolded Cunanan’s companions.

Lascañas said a certain SPO2 Rizalino Aquino witnessed their conversation inside his room.

Following Dela Rosa’s order, Lascañas said he released the driver and filed a case of illegal possession against another companion. CBB/rga