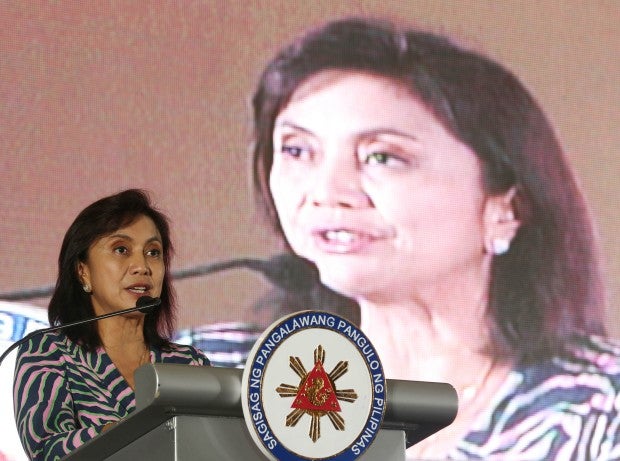 Filipinos should not despair in the midst of the “evil that is happening” because people power can happen again, Vice President Leni Robredo said on Saturday, the 31st anniversary of the 1986 Edsa Revolution.

“Don’t feel despair because if we were able to do it during the [Ferdinand] Marcos dictatorship, there is no more reason why we can’t do it anymore now,” she said.

Speaking at a forum by Kaya Natin! and Jesse M. Robredo Foundation, Inc. Network at Club Filipino in San Juan City, Robredo was asked about what she intended to do regarding the “dark forces” threatening democracy.

“I think the difference between then and now, during the Marcos dictatorship, we did not know at first that it was possible to topple a dictatorship by people power but now we know,” she said.

Robredo, a critic of the killings amid the Duterte administration’s war on drugs, has spoken out frequently against the President’s cavalier attitude toward human rights and strongly protested the hero’s burial for Marcos last year.

“My point only is to live the spirit of EDSA, let us not be resigned to the evil that is happening,” said the former Camarines Sur congresswoman.