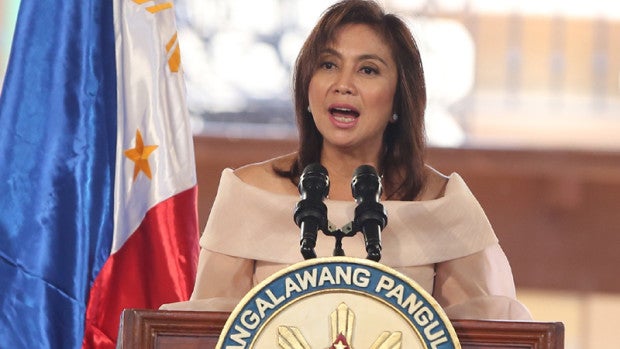 Vice President Leni Robredo expressed grave disappointment over the surprise burial of the late dictator Ferdinand Marcos at the Libingan ng mga Bayani (LNMB) on Friday noon, calling the former President a “thief, murderer and dictator” who does not deserve a place in the heroes’ cemetery.

“Like a thief in the night, the Marcos family deliberately hid the information of burying former President Marcos today from the Filipino people,” Robredo said in a statement sent to the media on Friday.

“They obviously flouted the law where the decision does not become final and executory until 15 days or the resolution of the (motion for reconsideration),” she said.

The Philippine National Police (PNP) and the Armed Forces of the Philippines (AFP) confirmed the burial of Marcos at the heroes’ cemetery in Taguig City barely an hour before the ceremony, which was slated for 12 noon as part of military tradition.

The Vice President also found it disturbing that the Marcos family had secret coordination with the AFP and the PNP for the logistical arrangement and deployment of personnel for the burial.

“We are disturbed that this happened in coordination with AFP and PNP demonstrating further that the judicial process has been thoroughly disregarded,” she said.

“This is nothing new to the Marcoses – they who had hidden wealth, hidden human rights abuses, and now, a hidden burial – with complete disrespect for the rule of law,” Robredo said.

“Once again, we strongly condemn the burial of the former dictator in the Libingan ng mga Bayani. As stated in several decisions from the Supreme Court, Ferdinand Marcos was a thief, a murderer and a dictator,” she said.

“He is no hero. If he were, obviously his family would not have to hide his burial like a shameful criminal deed,” Robredo added. IDL/rga