Vice President Leni Robredo on Monday urged the nation to be vigilant and resist any attempts to bring the Philippines back under dictatorship after resigning from the Cabinet of President Duterte.

Robredo resigned as housing secretary, but she will stay on as Vice President.

In her resignation letter sent to Malacañang on Monday morning, Robredo told Mr. Duterte that she “exerted all effort to put aside our differences, maintain a professional working relationship and work effectively despite the constraints.”

But she said Mr. Duterte’s order banning her from Cabinet meetings had made it impossible for her to do her job at the Housing and Urban Development Coordinating Council (HUDCC).

After her address to the nation, Robredo faced a news conference to say she believed she was pushed out of the Cabinet not because of her performance as housing secretary but because of her opposition to Marcos’ burial at the heroes’ cemetery and because there were people around Mr. Duterte who did not want her in the vice presidency.

But she assured her supporters that she would not allow anyone to “steal the vice presidency.”

She suggested that the Duterte administration may be supporting former Sen. Ferdinand “Bongbong” Marcos Jr., her closest opponent in May’s vice presidential election who has challenged her victory in the Presidential Electoral Tribunal.

Marcos is the son and namesake of the late dictator, whose family supported Mr. Duterte’s campaign for Malacañang. 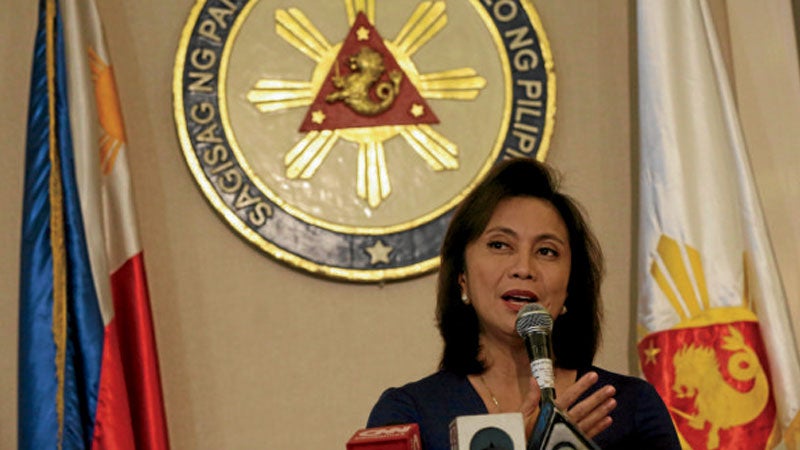 “We have fought this battle before and won,” she said. “We will never let anyone revise our history and twist it to turn evil into good.”

Lawmakers in the House of Representatives spoke on Monday about Robredo taking on a new role as leader of the political opposition.

Asked if she was ready for that role, Robredo said: “My opposition to the reimposition of the death penalty will be stronger, my opposition to to the lowering of the age of criminal liability would stay the same. I will be vocal against the extrajudicial killings and the ill treatment of women. But to me, I still believe that the success of this administration is also for our country, that is why we will still support policies we agree with,” she said. —WITH AN AP REPORT