Terrorists eyed in killing of ISAFP men in Marawi 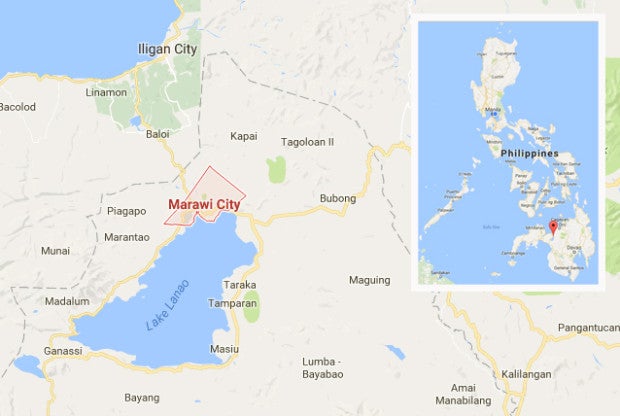 Two members of the Intelligence Service of the AFP were killed while conducting operations in Marami City Thursday night. GOOGLE MAP IMAGES

Two members of the Intelligence Service of the Armed Forces of the Philippines (ISAFP) were shot dead and one other was wounded by suspected members of a local terrorist group in Marawi City on Thursday afternoon, the military said.

The two were conducting intelligence operations when they figured with the terrorists in Barangay Lilud Madaya at around 5 p.m., Army spokesperson Col. Benjamin Hao said.

The fatalities were identified as Major Jerico Mangalus and Corporal Bryan Libot.