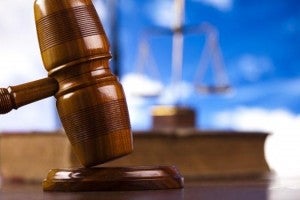 MANILA — A beach resort in Cavite that had been used as a shabu laboratory had been forfeited in favor of the government, the Anti-Money Laundering Council (AMLC) said.

In a statement, the AMLC said that acting presiding Judge Emily R. Aliño-Geluz of Trece Martires City Regional Trial Court Branch 23, in a decision promulgated last Nov. 4, ordered the forfeiture of a 2,572-square meter beachfront property in Tanza, Cavite as well as the money in the defendant’s bank account.

According to AMLC, the beach resort was owned by Li Lan Yan a.k.a. Jackson Dy, Jackson Lozano, Allan Lee and Allan Sy. The property consisted of four parcels of land along the shore of Tanza, it added.

“Before the AMLC filed the case, Anti-Illegal Drugs Special Operations Task Force (AIDSOTF) raided this beach resort that resulted in the dismantling of the shabu laboratory. Li Lan Yan, together with some members of the drug syndicate, was charged with violation of the Comprehensive Dangerous Drugs Act of 2002 (Republic Act No. 9165) before the Cavite court. He was also charged with violation of the same law before a court in Parañaque City in which he was convicted,” the AMLC said.

“AMLC’s investigation was triggered by a confidential report. At the time it received the confidential information, the AMLC also received from the AIDSOTF, now called the Philippine National Police Anti-Illegal Drugs Group, headed by then police director-general Edgar B. Aglipay, a request for the AMLC to conduct money laundering investigation, to freeze and institute forfeiture proceedings against Li Lan Yan’s assets. AIDSOTF provided the AMLC with copies of the necessary documents in support of its case against Li Lan Yan,” it added.

The AMLC said that its investigation had revealed that “Li Lan Yan bought the beach resort using proceeds derived from his illegal drug business.”

“The court ruled in favor of the AMLC and declared that based on the records of the case, the relation between the properties and bank account of Li Lan Yan and his unlawful activity has been sufficiently established. The court ordered the forfeiture of the dirty assets despite the fact that the criminal case for violation of RA No. 9165 is still pending before a court in Cavite. The court emphasized that a criminal conviction for an unlawful activity is not a prerequisite for the institution of a civil forfeiture proceedings. According to the court, the finding of guilt for an unlawful activity is not an essential element of the civil forfeiture and, therefore, need not await the outcome of the criminal cases being faced by Li Lan Yan,” according to the AMLC.  SFM