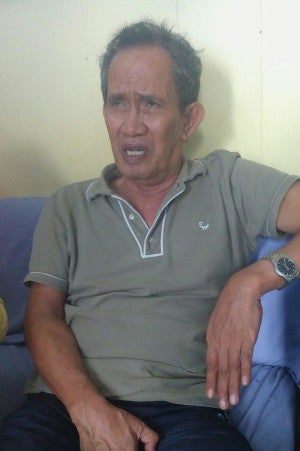 Captain Napoleon Emphasis narrates how MV Meridian Tres sank in the seas near Dawahon Island between the provinces of Bohol and Leyte on the evening of Jan. 17, 2017. (PHOTO BY ADOR VINCENT MAYOL / INQUIRER VISAYAS)

CEBU CITY —  The winds were strong but the water at the Mactan Channel was calm  when MV Meridian Tres left Pier 5 in Cebu City at 1:55 p.m. on Tuesday.

Seven hours later, the vessel was battered by huge waves between the islands of Leyte and Bohol, causing it to tilt and later sink.

At least 28 crew members were saved by nearby vessels and Coast Guard teams that responded to the distress call. A crane operator, identified as Benjamin Orola, remained missing.

Ship captain Napoleon Emphasis and 23 surviving crew members were brought to the Cebu Coast Guard station on Wednesday morning to rest and undergo stress debriefing. The four others were scheduled to arrive in Cebu on Thursday.

They were set to issue sworn statements that would be used for any investigation that may be conducted.

Except for a few scratches on the legs, not one of them sustained serious injuries.

Emphasis said that while his body was aching, he was grateful that he was alive.

“I thank the Lord for allowing me to live so I could still take care of my grandchildren,” said Emphasis, 64.

But MV Meridian Tres was cleared to leave the Port of Cebu for Tacloban since the cargo vessel owned by Cresencio Tio of Meridian Cargoes Forwarder based in Manila had a gross tonnage of 2,528. 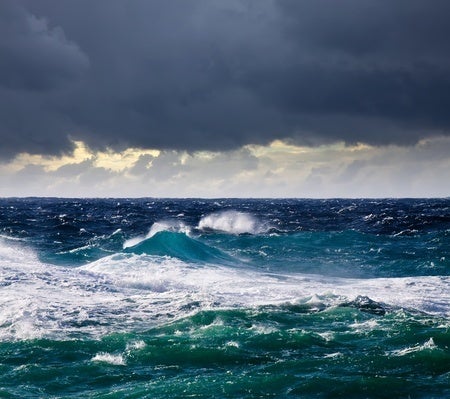 “It was cleared to sail so we did not find any violations. The lashing of the cargo was also inspected before it sailed. However, an investigation has to be made to find out what really happened,” Ampil said.

Emphasis said the water was calm although it was windy  when they left the port.

After six hours or around 8 p.m., Emphasis said monster waves in quick succession pummelled the vessel in the waters near Dawahon Island between the provinces of Bohol and Leyte.

“I didn’t expect that giant waves would greet us. They were really huge,” he said.

Buffeted by strong winds and huge waves, Emphasis said he immediately called the company’s operations manager and sought permission for them to take shelter at the nearest port.
His request was approved.

But it was too late to maneuver the cargo vessel as it lost its balance following the collapse of its stockpile of 160 twenty-footer containers and five units of 10-footer containers reportedly loaded with fertilizers, a car, and a forklift.

The 64-year-old captain said he immediately sent a distress call to nearby sea vessels, which also alerted the Coast Guard stations for possible rescue operations.

About 9 p.m., he added he was informed by  Maasin Coast Guard Station that Emphasis ordered his crew to abandon the vessel.

Fortunately, crew members of three other vessels near the area responded to the distress call and helped rescue the Meridian crew members.

These were LCT-PMI-8, MV Filipinas Butuan and MV Ocean Kingdom.

Ampil said they requested the owners of MV Meridian Tres to send tugboats and clear the area from container vans.

Bunker fuel was reportedly used in the vessel’s main engine while its generators were run by diesel.  SFM/rga