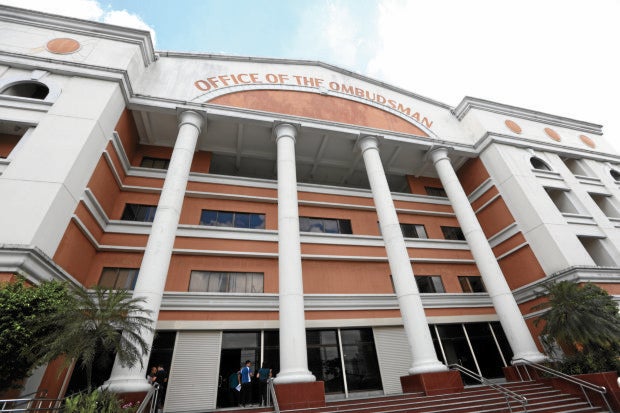 The Office of the Ombudsman has dismissed from service two agrarian reform officials for their alleged involvement in the Malampaya fund scam.

In a statement on Thursday, the anti-graft office said it found Director Teresita Panlilio and Ronald Venancio, both from the Department of Agrarian Reform (DAR), guilty of grave misconduct.

They were also perpetually disqualified from public office. In case of separation from the service, the penalty is convertible to a fine equivalent to respondents’ salaries for one year.

The two were among the 25 respondents in the plunder, malversation and graft charges ordered filed by the Ombudsman for the alleged P900-million Malampaya fund scam.

The Ombudsman also found that the respondents manufactured lists of farmer-beneficiaries and forged the signatures of the recipients.

Ruby Tuason, the state witness in the Napoles pork barrel scam against former senators Jinggoy Estrada and Juan Ponce Enrile, was also ordered charged for plunder over the Malampaya scam.

She was accused of cooperating with Napoles to facilitate the Malampaya fund release through her brother Remy, a contact in Malacañang, and for allegedly receiving P242.775 million kickbacks at her house.

Plunder is a non-bailable offense of accumulating at least P50 million in ill-gotten wealth. JE/rga

Read Next
Senate promises to treat all bills equally
EDITORS' PICK
Complete your early Christmas shopping with vivo V25 Series
What’s in a name? ‘Maharlika’ evokes time of mythmaking
The vivo Y16 makes the season of giving more thoughtful for the whole family
China’s Xi unwilling to accept vaccines despite threat from protests — US intel
Easterlies to bring rain in PH on Sunday — Pagasa
House energy committee chair Arroyo bats for cheap electricity
MOST READ
Sunshine Dizon reveals PTSD, depression diagnosis: There’s nothing wrong with asking for help
What’s in a name? ‘Maharlika’ evokes time of mythmaking
Maxene Magalona sees separation from Rob Mananquil as ‘blessing in disguise’: ‘There’s no more anger’
Are we ready for a sovereign wealth fund?
Don't miss out on the latest news and information.