Duterte: No way frat brothers Argosino, Robles will be reinstated to BI 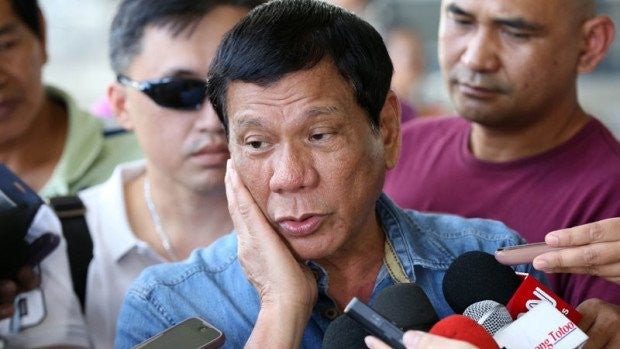 DAVAO CITY – President Rodrigo Duterte on Saturday said there was no way his two fraternity brothers at Lex Talionis, who had figured in corruption scandal at the Bureau of Immigration (BID), could be reinstated.

Asked in a press conference during his arrival from Singapore and Cambodia if newly-resigned Assistant Commissioners Al Argosino and Michael Robles had chances of being reinstated after the investigation being conducted on them, Duterte said: “Not one in a million (chance).”

Duterte said he had ordered the firing of the two assistant commissioners, who, like him, were graduates of San Beda College; and acting Immigration intelligence chief and former police general, Charles Calima. TVJ

BI execs say they were only probing corruption