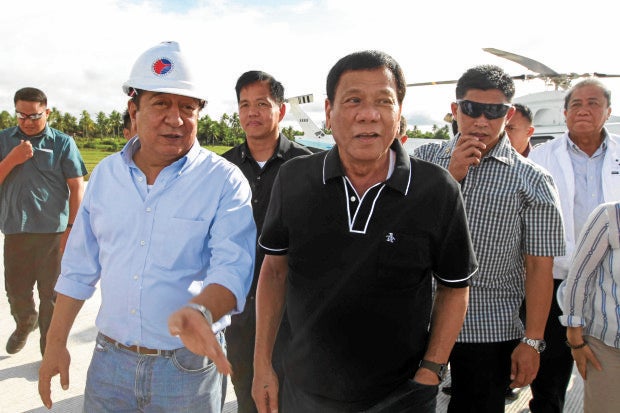 President Rodrigo Duterte’s statement that lawyers defending drug suspects will be the next target of his war on drugs is “very dangerous” because it creates unavoidable chilling effect on lawyers, the Integrated Bar of the Philippines (IBP) said in a statement Friday.

The IBP is a mandatory organization for lawyers with more than 60,000 members.

Duterte, in a speech during an anti-corruption campaign, said lawyers of suspected drug lords are taking advantage of the judicial process allowing their clients to continue with their illegal activities.

“That’s their style. They were able to post bail because they have lawyers. They are good, high-profile lawyers. Then [their clients] will play again,” Duterte said in his usual expletive-laced speech.

But the IBP said “lawyers must be free to decide to accept and undertake the defense in any kind of criminal case without any fear that doing so will place them in any kind of danger.”

“Competent legal representation is not only the right of every accused but, more importantly, the sworn duty of each and every member of the bar to provide,” the IBP added.

The IBP assured that they “will never tolerate or condone any kind of unscrupulous or unethical conduct on the part of its members in the performance of their roles as defense counsels, much less any criminal involvement of any lawyer in the drug trade.”

IBP also noted that every accused, not only those facing drug charges, have the right not only enshrined in the Constitution “but is premised upon the fundamental principles of justice and fairness, particularly in a situation where the accused is faced with the awesome resources of the State.”

“The Bill of Rights exists precisely to address this undeniable inequality.”

The IBP quoted the Supreme Court as saying that “the right to counsel means that the accused is amply accorded legal assistance extended by a counsel who commits himself to the cause for the defense and acts accordingly.”

“The right assumes an active involvement by the lawyer in the proceedings, particularly at the trial of the case, his bearing constantly in mind of the basic rights of the accused, his being well-versed on the case, and his knowing the fundamental procedures, essential laws and existing jurisprudence. The right of an accused to counsel finds substance in the performance by the lawyer of his sworn duty of fidelity to his client,” the IBP added.

Then, last month, Atty. Leilani Trinidad Villarino, another lawyer of Espinosa, sought protection from the police after her client was shot to death inside prison. JE/rga