What will it really take to ease traffic in the Philippines?
Close
menu
search

What will it really take to ease traffic in the Philippines?

(Editor’s Note: As 2016 comes to a close, the Inquirer asks in its yearender series seven questions for the new year, considering key local and international events that shaped what many regard as one of the most turbulent years in modern times. This first part is about the problem of traffic. Read the rest of the series at http://inq.news/2016-news-highlights.)

Life for millions of Filipino commuters has crawled to a snail’s pace in 2016 due to the worsening traffic problem in major urban centers.

This is largely due to severe congestion in the country’s roads.

In Metro Manila, 2.5 million vehicles are crammed along its 5,200-kilometer road network, according to the Inter-Agency Council on Traffic or I-ACT. Its major thoroughfare, Epifanio Delos Santos Avenue (Edsa), is 140-percent congested, the government body said.

With about P2.4 billion in daily economic losses due to traffic, President Rodrigo Duterte has asked Congress for emergency powers to address the problem.

“Many in government opine realistically – and I would have to agree – that the worsening traffic situation could be logistically addressed if Congress would also accord emergency powers to the agencies concerned,” Duterte said. 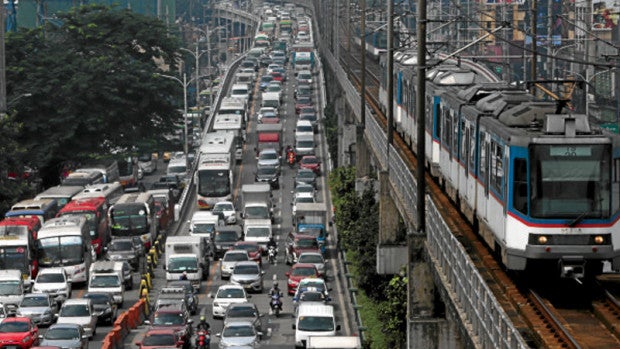 The Department of Transportation has submitted a proposal seeking emergency powers and the House of Representatives and the Senate have begun scrutinizing it. Many sectors have expressed alarm over the proposal, however.

Amid criticisms, Transportation Secretary Arthur Tugade assured the public that there was nothing to be afraid of.

In the meantime, the I-ACT was established to enforce temporary solutions while emergency powers were being deliberated on in Congress.

READ: Superbody to handle traffic |  With no emergency powers yet, Duterte turns to traffic superbody

Among the solutions provided by I-ACT was to stop major malls in the metropolis from holding sales during weekdays. Weekday sales have been identified as a key cause of traffic. 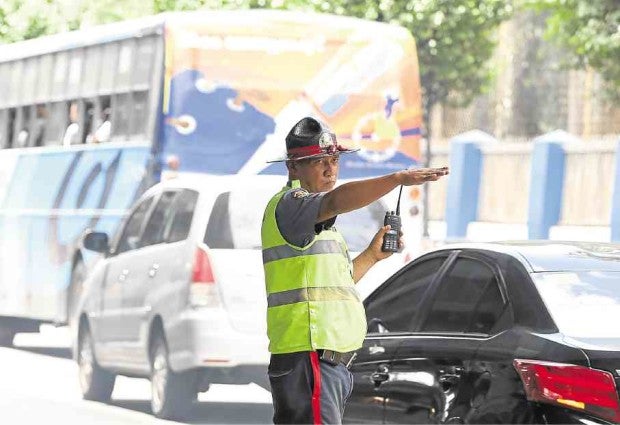 For his part, President Duterte is declining invitations to be guest-of-honor in events in Metro Manila, saying his presence required stringent security measures that caused traffic and congestion.

“My travels always include protocols and security measures which create traffic congestions and disturb the flow of everyday lives and activities. Until such time as we have effectively addressed these matters, please understand that I may need to decline your warm and respectful invitations,” Duterte said in an open letter read by Presidential Spokesperson Ernesto Abella.

READ: No more guest of honor appearances for Duterte in Manila

Amid the problems and proposed solutions, Filipinos were enraged by DOTr Secretary Tugade’s comment that traffic was just a “state of mind.”

“Even when there (was) no traffic, (people say) there was… A state of mind adds to the problem of traffic… Let’s stop blaming traffic. If you’re late, that’s that,” Tugade said in September 2016. 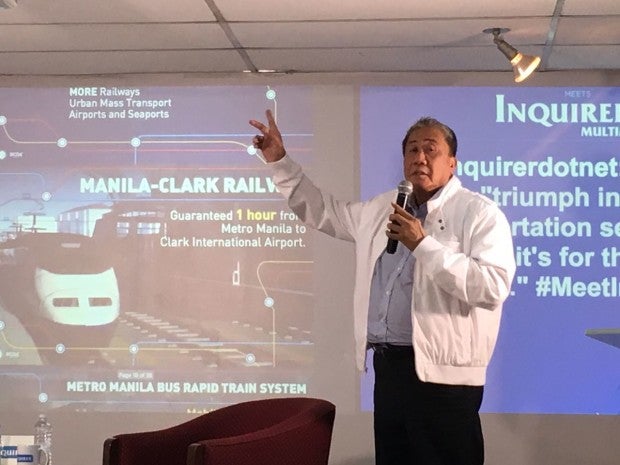 DOTr Assistant Secretary for Communications Cherie Mercado-Santos later clarified that what Tugade was trying to say was: “the prevailing Filipino psyche of using traffic as an excuse must be changed.”

“That kind of state of mind that automatically uses traffic as an excuse, unnecessarily adds to the problem of traffic,” she said in a letter to the Inquirer.

And while the government discussed and planned permanent solutions to the crisis, commuters have sought alternative transport services, such as point-to-point buses, Uber, and Grab.

What do you think needs to be done in 2017 to ease the country’s traffic problems?