Panelo: Ombudsman did not see gravity of drug problem 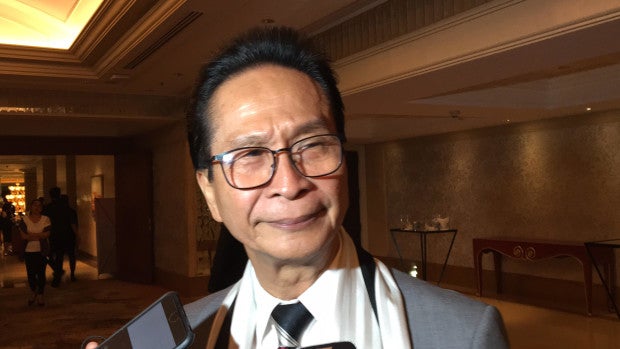 This was after the Ombudsman delivered a hard-hitting speech on Friday night that stressed that one of the Ten Commandments is “thou shall not kill.” The said speech made a few allusions to the ethics of the drug war, before she described how Filipinos live in “trying times.”

“When leaders tend to send the message of promoting rather than condemning reprehensible acts that transgresses basic human rights—the people ought to be concerned about it, rather than sheering out for sheer ignorance, callous conscience, blind loyalty or gorgonized fanaticism,” Morales said.

Panelo, wearing a white shawl draped over his formal wear, was present during the University of the Philippines College of Law alumni homecoming, where Morales made the speech. (Another Duterte ally, Rep. Pia Cayetano, was present.)

Sought for comment, Panelo told reporters: “We have 4 million potential killers, rapists, thieves because they are afflicted with drugs. We have, how many surrenderers? Almost a hundred thousand.”

He stressed that “these surrenderers are the reasons why there have been extrajudicial killings,” depicting the incidents as the handiwork of drug syndicates to prevent them from giving authorities information.

Morales paraphrased Lord Acton’s oft-quoted take and said: “As it turns out nowadays, those who could not remember history have the tendency to rewrite it. Much worse, there are a lot of people who simply do not want to read their history.”

Panelo reiterated that the dictator’s burial at the hero’s cemetery does not ascertain his status as a hero.

“The problem there is that, you are making the act of burying a person in a particular burial site as a basis for being a hero. But that cannot be the case,” Panelo said.