Dayan will be kept safe in detention – solon | Inquirer News

Dayan will be kept safe in detention – solon 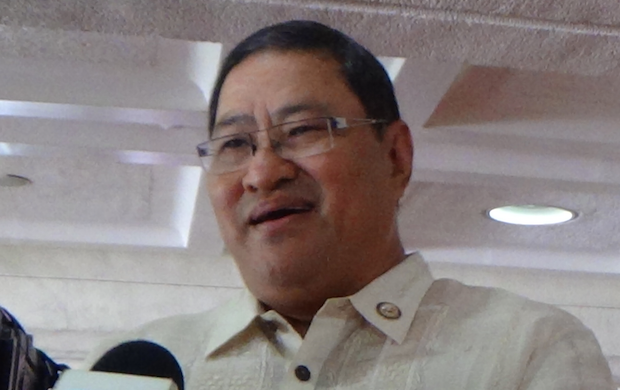 Leaders at the House of Representatives assured Ronnie Dayan, the driver-lover and alleged bagman of Senator Leila de Lima, that he would be kept safe in detention after his arrest in La Union before noon Tuesday.

Umali said the House security personnel led by the Marines would safely secure Dayan in the detention room, housed at a building nearby the Batasan Road.

Questions of security were raised following the killing of Albuera, Leyte Mayor Rolando Espinosa Sr. inside his jail in Baybay, Leyte days after he executed an affidavit linking numerous persons to his son’s drug trade. His son Kerwin was recently arrested.

Umali said Dayan who has been cited in contempt may be detained at the House of Representatives to compel him to attend the House inquiry in aid of legislation on the drug trade at the New Bilibid Prison.

“We issued the warrant to make sure he presents himself to the committee and to answer our questions truthfully. Pag hindi truthful ang kanyang sagot, we will vote if we will file indirect contempt,” Umali said.

Umali refuted allegations Dayan was arrested over the weekend and was coerced to pin down De Lima in the drug trade at the New Bilibid Prison.

READ: Solon fears Dayan might be forced to testify against De Lima

“We are not in the business of coercing people to respond the way we want them to respond. They have constitutional rights to protect them. We will afford them counsel and we will allow him his right to self-incrimination,” Umali said.

The detention room has two electric fans, an airconditioner and jalousie windows. At least three slats of the windows were broken.

Fariñas raised the security risks of detaining Dayan in the room that has no bed, save for a long table.

Umali said the House sergeant at arms has said Dayan may be secured in the detention room, but whether or not the facility is appropriate “is another matter.”

Dayan was ordered arrested in La Union 11:30 a.m. Tuesday after he was cited in contempt for snubbing the House of Representatives inquiry in aid of legislation on the proliferation of drugs at the national penitentiary implicating De Lima.

The arrest warrant was duly signed by Speaker Pantaleon Alvarez, the closest ally in Congress of President Rodrigo Duterte.

Bilibid inmates who testified in the House inquiry tagged Dayan as the one who allegedly collected millions of kickbacks for De Lima from the drug trade to fund her senatorial bid.

De Lima has vehemently denied the allegation, pointing out that allies of President Duterte have an ax to grind against her since she has crossed swords with Duterte. De Lima as human rights chair during the Arroyo administration investigated the alleged links of Duterte to the Davao Death Squad when the latter was mayor.

De Lima has admitted to having an affair with Dayan, but said both of them were separated from their marriages at the time. De Lima has also expressed fears Dayan might be forced to testify against her./rga