De Lima: Spare Dayan, other witnesses and treat them right 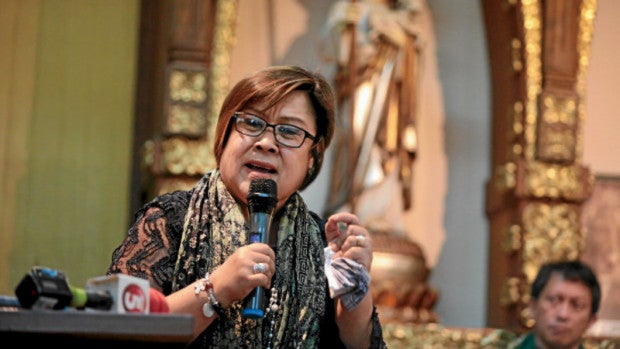 Spare them and treat them right was Senator Leila de Lima’s appeal to authorities on Tuesday for her former driver, Ronnie Dayan, and other witnesses against her.

De Lima, who was tagged as alleged drug protector, reiterated her challenge to just charge her in court so she could face all accusations against her.

She said she is ready to face the charges in any court as she denied allegations that she had benefitted from the illegal drug trade.

The senator said she is ready to face the charges in any court as she denied allegations that she had benefitted from the illegal drug trade.

She also reiterated that she did not receive a single centavo from the illegal drug trade.

The senator remained hopeful that in the end, the truth will come out. RAM/rga