No need for militants to quit Cabinet over Marcos burial—solons 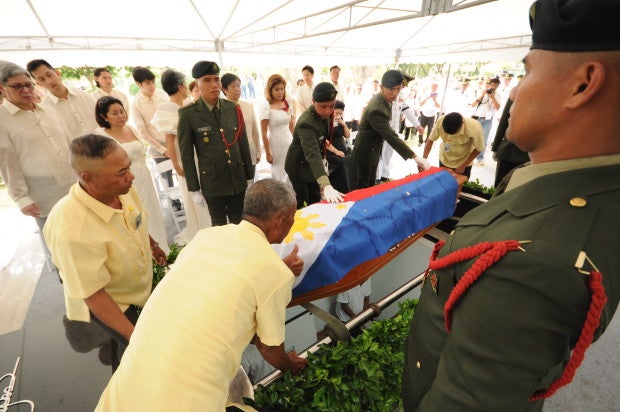 Majority lawmakers at the House of Representatives on Monday said there is no need for the militant members of President Rodrigo Duterte’s Cabinet to resign from their posts for opposing a hero’s burial for late dictator Ferdinand Marcos.

In a press conference at the House, Capiz Rep. Fredenil Castro, a deputy speaker, said the opinion of the militant Cabinet members on the burial issue is separate from the fulfillment of their duties in government.

Among the militant members of the Cabinet, Social Welfare Secretary Judy Taguiwalo and National Anti-Poverty Commission Secretary Liza Maza said they do not need to resign from the Cabinet despite their position against Marcos’ burial.

Taguiwalo, who was imprisoned and tortured during the brutal two-decade regime, said Duterte knew of her position on Marcos even before he appointed her to the Department of Social Welfare and Development.

Talks urging the militant members to resign from the Cabinet started when former Bayan Muna Rep. Satur Ocampo said the Left would rethink its alliance with Duterte after the administration authorized Marcos to be buried at the hero’s cemetery even though the Supreme Court decision allowing it was not yet final and executory.

“If the influence of the Marcoses is too big on the President that it affects his pro-people commitment, then we will have to consider our tactical alliance,” Ocampo earlier said.

“If the President is clearly trying to revive the concept of ‘bagong lipunan,’ it might spell a separation,” he added.

To align with the Left, Duterte appointed members of militant groups to his Cabinet—Taguiwalo, Maza, Agrarian Reform Secretary Rafael Mariano and Presidential Commission for the Urban Poor chairperson Terry Ridon.

The administration also resumed peace talks with the communist-led National Democratic Front, even while it also supported the request of the Marcos family to give a hero’s burial to the dictator. RAM/rga