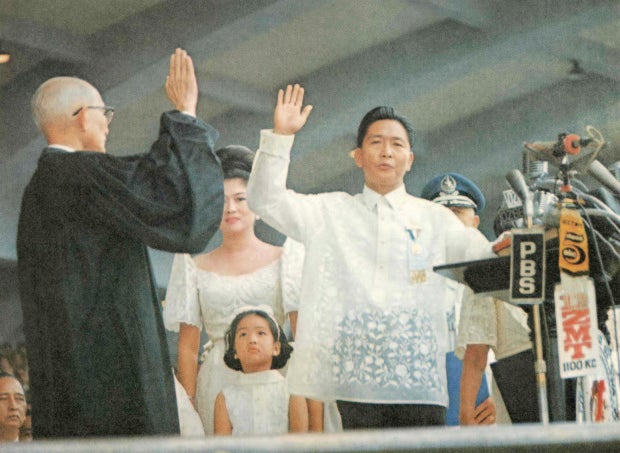 “[Duterte] is determined to squander the historical lessons treasured by the Filipino people. They are being politically disarmed from preventing the rise to power of future dictators. Many fear this will be self-serving as Mr. Duterte bandies [about] threats to declare martial law if he doesn’t get his way in the frenzied ‘war against drugs,’” the CPP said in a statement issued on Saturday.

The burial of the dictator has brought the CPP and the Duterte administration on a collision course. Duterte had been perceived as friendly to the CPP after he cited his friendship with its founder, Jose Maria Sison, his college professor.

The President had also reached out to CPP leaders to iron out the resumption of peace negotiations and appointed left-wing leaders to hold positions in his Cabinet.

Duterte, a friend of the Marcos family, has said he will allow the burial of the dictator in the heroes’ cemetery.

The country’s Chief Executive argued that Marcos deserved to be buried at the Libingan ng mga Bayani because he was a soldier and a President, regardless of any misdeeds.

The CPP condemned the plan of the Duterte administration to give Marcos a hero’s burial.

“By claiming Marcos deserves to be buried with other former soldiers,  Duterte is helping perpetuate the historical lies surrounding Marcos’ bogus medals and phony Maharlika guerrilla unit,” it said.

The CPP said by ordering that Marcos be accorded military honors befitting a former head of state, Duterte is “virtually deleting Marcos’ bloody record as a military despot and the fascist violence, human rights violation, corruption and economic hardships he made the Filipino people suffer through 14 years of dictatorship.”

The CPP said Duterte, by “flaunting” his alliance with the Marcos family, is helping the “Marcosian scheme to revise history and make the younger generations overlook the colossal plunder and sale of the country’s patrimony, his debt-borrowing debt spree, his legacy of gross cronyism, his family’s ostentatious lifestyle built upon the poverty of the people, and his martial law’s massacre of freedom and democracy.”

The CPP also said the President’s decision to allow Marcos’ burial at the Libingan ng mga Bayani “displays extreme insensitivity to the sensibilities of thousands of victims, families and survivors of martial law.”

“He insults the memory of thousands of patriotic Filipinos from all walks of life who gave up their lives at the prime of their youth to fight for the dictatorship’s overthrow,” the CPP added. JE/rga