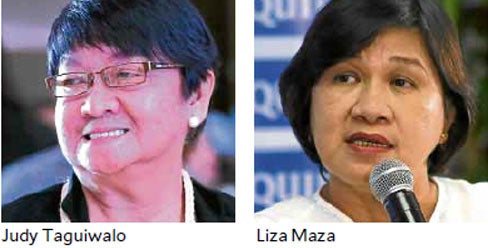 Two leftist Cabinet members said they would continue to work in the Duterte administration on other important concerns, even if they protest the burial of the late dictator Ferdinand Marcos at Libingan ng mga Bayani.

Social Welfare Secretary Judy Taguiwalo, who was imprisoned and brutally tortured during martial law, said Duterte appointed her even though he was aware they differed in some issues, including the Marcos burial.

National Anti-Poverty Commission Secretary Liza Maza said the Left could still pursue a “common agenda” with Duterte even if they do not agree with him over the Libingan issue.

Another martial law victim, Agrarian Reform Secretary Rafael Mariano also denounced the surprise burial but has not spoken whether he and other Cabinet members nominated by the National Democratic Front should resign in protest.