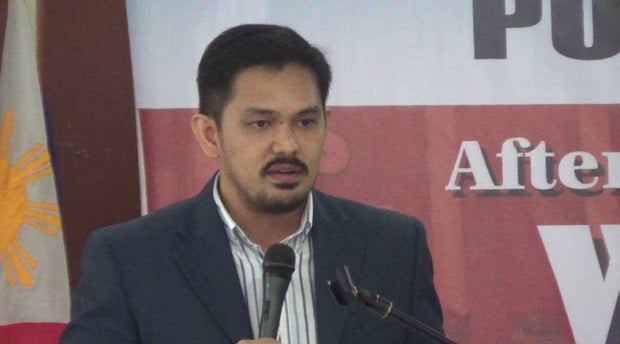 Greco Belgica, a defeated senatorial candidate in the 2016 elections, sought the preventive suspension of Senator Leila de Lima for gross immorality for her relationship with her alleged bagman and having sexual relations with a married man.

Belgica on Friday went to the Office of the Ombudsman to file an administrative complaint against De Lima for gross immorality and illegal acts prejudicial to the interest of the service.

Belgica appealed to the Ombudsman to preventively suspend De Lima for 90 days due to her immorality after she admitted to having had a relationship with her former driver Ronnie Dayan, tagged as De Lima’s alleged bagman in the drug trade at the New Bilibid Prison.

The complaint cited De Lima’s alleged role in the Bilibid drug trade, subject of a House inquiry and testified to by convicts, and her immoral act of having a relationship with a married man.

READ: De Lima: ‘No one can judge me on my morality’  | De Lima finally admits romance with Dayan

“All these taken together leads to the inescapable conclusion that respondent was grossly imprudent in managing her personal affairs. The fact remains that her relationship with Ronnie Dayan, a married man, is grossly immoral. Worse, she never denied such a relationship,” it added.

Belgica was also among the petitioners in the Supreme Court case that scrapped the congressional pork barrel, the Priority Assistance Development Fund.

In an interview before the filing, Belgica took the opportunity to slam Ombudsman Conchita Carpio-Morales, who earlier said there was no reason to investigate De Lima for the drug links, but ordered an investigation against Philippine National Police chief Ronald “Bato” dela Rosa over the propriety of accepting a trip to Las Vegas to watch Sen. Emmanuel “Manny” Pacquiao’s fight.

Belgica, who ran but lost as senator under the slate of President Rodrigo Duterte, said the office should just be closed down if it would be used to target rivals of the erstwhile ruling Liberal Party and defend the allies.

“She’s being unfair. She’s playing politics… She can redeem herself here,” Belgica said, when asked why he is filing the complaint before the Ombudsman and then criticize the office.