Ombudsman won’t carry out own probe of De Lima 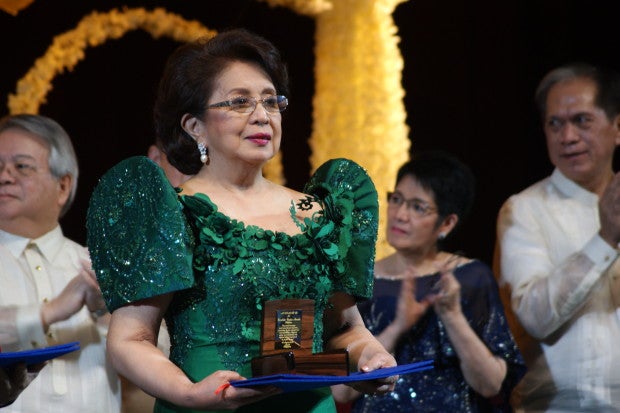 The Office of the Ombudsman is not likely to initiate its own investigation of Senator Leila De Lima in light of a lack of firm leads and because of a pending probe by the Department of Justice (DOJ).

Asked by reporters about the possibility of a motu proprio investigation, Ombudsman Conchita Carpio-Morales said: “It’s not going to happen because lahat pa lang ito allegations pa lang eh (everything is just an allegation so far).”

“Wala pa namang lead (There is no lead) that will prompt us to initiate an investigation,” Morales added.

The said complaints accused De Lima and other officials who served under her during her tenure as Justice Secretary of conspiracy for their alleged participation in the illegal drug trade. The DOJ convened an investigating panel composed of five prosecutors to look into the complaints.

Morales noted that the results of the DOJ’s investigation will be forwarded to her office, which has jurisdiction over high-ranking government officials.

On the other hand, Morales said that the case filed by Chief Insp. Jovie Espenido, police chief of Albuera, Leyte, has yet to be forwarded by the Ombudsman’s Visayas office. RAM/rga

Read Next
One traffic violation ticket for 17 Metro LGUs revived
EDITORS' PICK
Kai Sotto continues to inspire Filipinos by sharing his passions and stories with Smart Prepaid
1Sambayan to nominees: Stick to word of honor
EDITORIAL: Good news, bad news
Alex Eala wins Grand Slam on Independence Day: ‘I hope I made my contribution to the country’
Trust Robredo’s political instincts – Kaya Natin! convener
Ahead of ONE: Full Blast II, Mongkolpetch warns Elias Mahmoudi: ‘Watch out for my fists’
MOST READ
Duterte, Mayor Sara unlikely to run under same slate in 2022, says Lacson
China cautions G7: ‘small’ groups don’t rule the world
1Sambayan to nominees: Stick to word of honor
Leni vs. Sara
Don't miss out on the latest news and information.