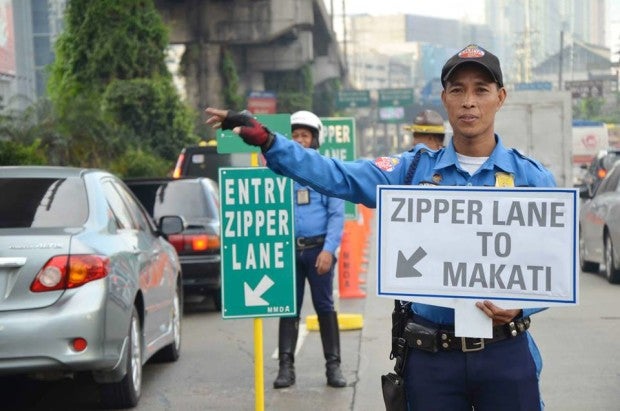 MANILA — The Inter-Agency Council on Traffic (I-ACT) proposed to the 17 local government units’ traffic bureaus to revive a uniform traffic violation ticket in all local governments in Metro Manila.

“We will come up with a ticket that will be used in the I-ACT so every traffic enforcer, either of the Metropolitan Manila Development Authority or the local government, can enforce or cite a violation of the law,” said Chief Supt. Antonio Gardiola, head of the Philippine National Police Highway Patrol Group.

Gardiola said the I-ACT sought the policy to be implemented immediately as one of the steps to a “unified, harmonized and organized” traffic enforcement system in Metro Manila.

The approval of the MMDA’s policy making body, the Metro Manila Council (MMC), would have to be obtained first, said Transportation Assistant Secretary Mark de Leon.

MMC is composed of the mayors of the 16 cities and lone municipality. The next MMC meeting will be on Monday (Oct. 17).

De Leon, however, said ordinances passed by the MMC should be approved by the city council.

In 2012, under the former MMDA Chair Francis Tolentino, the MMC passed Resolution 2012-02, which adopted the use of single traffic violation ticket called the Unified Ordinance Violation Receipt (UOVR).

The UOVR could be used as a temporary driver’s license. Should a motorist be flagged down in another city, he will no longer be issued another traffic violation ticket for driving without a license upon presentation of his UOVR.

A motorist who gets a ticket for a particular traffic violation, however, could be issued another ticket for a different violation.

The resolution was signed except by then Makati mayor Junjun Binay, Taguig Mayor Lani Cayetano and Pasig Mayor Bobby Eusebio.

According to the MMDA Council Secretariat, only the traffic bureaus of Mandaluyong, Marikina and Navotas have adopted UOVR.

De Leon said they were also coordinating to implement a uniform set of fines and penalties for the different traffic violations in the city.

Gardiola, however, said it would be more difficult to get a standard traffic fine for all the cities, which have considered them as income generating programs.

The technical working group also discussed the deployment of city traffic  enforcers under the control of the HPG and MMDA to address complaints that secondary roads connected to Edsa have become congested after the dry-run of the “no window hour” policy, De Leon said.  SFM/rga