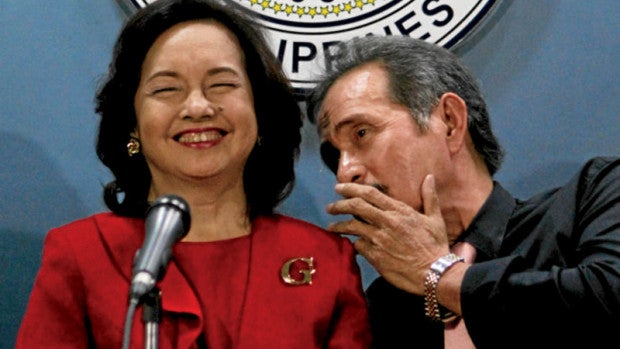 The Sandiganbayan has affirmed its dismissal of the last remaining graft case against former President Gloria Macapagal-Arroyo in connection with the scuttled National Broadband Network (NBN) deal.

This specific case concerns the violation of Section 3(g) of the Anti-Graft and Corrupt Practices Act, which prohibits officials from entering into disadvantageous contracts.

The court noted that granting the demurrer for the insufficiency of the prosecution’s evidence amounted to an acquittal. Because of this, it could not reevaluate the evidence without putting the accused in double jeopardy.

At the same time, it also described as erroneous the prosecutors’ argument that then Transportation Secretary Leandro Mendoza signed the contract with China’s ZTE Corp. on her behalf, and his action was presumed to be the President’s action too.

The so-called doctrine of qualified political agency, the court said, applied only to the acts of the President’s alter ego performed in the regular course of business.

Prosecutors cannot thus rely on this principle and, at the same time, claim the NBN-ZTE deal was grossly disadvantageous to the government.

The court also noted that “even granting, without conceding, that the NBN contract was grossly disadvantageous, it should be emphasized that said contract was nevertheless cancelled.”

They also cited a “whopping increase of the contract price” from the initial estimates that could only be explained by commissions earmarked for the Filipino officials.

Arroyo dismissed as mere speculation the allegation that commissions were involved in the project. She also said the prosecution’s own witness testified that the NBN-ZTE contract covered the whole country and not just 30 percent as claimed.

Just this Nov. 7, the Fourth Division denied another appeal by the prosecution against an Aug. 8 resolution that granted the demurrers on the cases for violation of Section 3(i) of the Anti-Graft and Corrupt Practices Act (corrupt practices of public officers), and Section 7(d) of the Code of Conduct and Ethical Standards for Public Officials (acceptance of gifts).

Arroyo no longer faces any pending criminal cases after a string of legal victories in recent months. Only four months ago, the 69-year-old politician was still detained at the Veterans Memorial Medical Center.

She was set free after the Supreme Court on July 19 reversed the Sandiganbayan First Division’s denial of her demurrer, effectively acquitting her of nonbailable plunder charges over the alleged misuse of P366 million in confidential Philippine Charity Sweepstakes Office intelligence funds.

Arroyo also won the dismissal of a civil suit filed by the United Church of Christ in the Philippines before the Quezon City Regional Trial Court over the extrajudicial killings of five members. RAM/rga