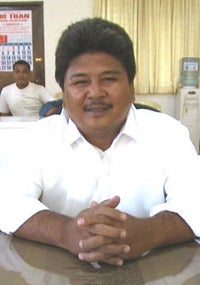 CAGAYAN DE ORO CITY – A former vice mayor of Ozamiz City was gunned down by still unidentified suspects in Barangay Tagalogan in that city on Thursday morning.

Killed was Roland Romero, former city vice mayor and member of the Misamic Occidental provincial board.

Romero was shot by four persons on board two motorcycles as he stepped out from a pawnshop after making a cash withdrawal.

Romero figured in a controversy in the election season of 2013 when he allegedly assaulted a group of journalists and had their gear destroyed when they tried to interview him. At the time Romero was running city mayor but lost./rga