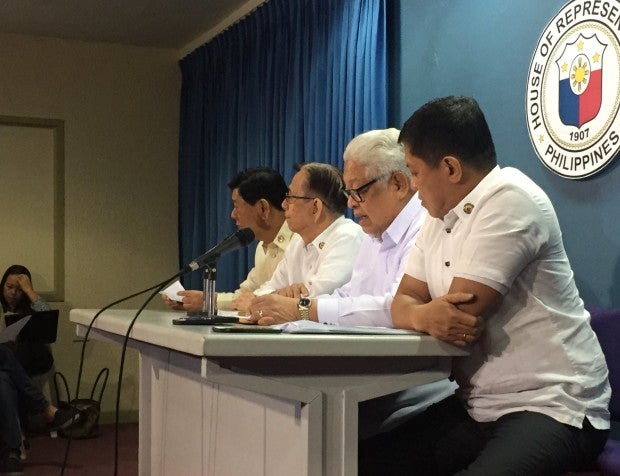 Why not bury the dictator at a monument to his own corrupt regime?

This was the statement of Albay Rep. Edcel Lagman, who scored the plan of President Rodrigo Duterte to revive the mothballed Bataan Nuclear Power Plant (BNPP).

In a press conference of the “Magnificent Seven” bloc of minority lawmakers in Congress, Lagman said Marcos should be buried at the site that depicted his own regime’s “corruption and folly.”

“That should be the final resting place for the despot,” he added.

Lagman made the statement amid the plans of the Duterte administration to resurrect the nuclear power plant, just after the Supreme Court ruled that there was no grave abuse of discretion on the part of the President in favoring a hero’s burial for Marcos as a former President and soldier at the Libingan ng mga Bayani.

The 620-megawatt nuclear power plant in Morong, Bataan raised environmental concerns, supposedly because it was built close to a fault line, raising fears of a nuclear meltdown in case of an earthquake.

The Sandiganbayan recently ordered Herminio Disini, a Marcos crony, to return $50.6 million in ill-gotten kickbacks he received for helping two foreign firms obtain the contract to build the BNPP. But the anti-graft court did not find any evidence that Marcos received the commissions.

Disini was charged with having facilitated the award of the BNPP contract to two US firms, the Burns & Roe engineering company and Westinghouse Electric Co., which paid Disini $18 million in bribes. The pay-offs allegedly went to companies co-owned by Marcos and Disini.

For his part, Akbayan Rep. Tom Villarin slammed President Duterte for taking inspiration from the dictator in trying to revive the nuclear plant.

“The BNPP is a testament to the corruption of Marcos. Of the $27 billion that Marcos left as foreign aid, $2.3 billion of that came for the BNPP deal,” Villarin said.

Villarin hit Duterte for showing signs of being a fan of Marcos, from supporting a hero’s burial for the dictator, suspending the writ of habeas corpus and now resurrecting the mothballed power plant.

“When you talk about this BNPP again, it’s the proposal again that resurrects the Marcos legacy, in the same way that this administration has been resurrecting the horrors of the martial regime,” Villarin said. RAM/rga

Duterte firm on Marcos burial: ‘The law is the law’