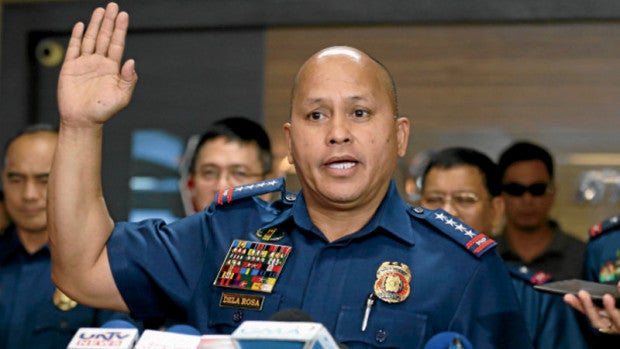 Even the chief of Philippine National Police (PNP) is clueless about President Rodrigo Duterte’s pronouncement about the firing “six generals” for their alleged involvement in drugs.

The three active generals—Pagdilao, Diaz and Tinio—have since been relieved from their posts.

During the 80th founding anniversary of the National Bureau of Investigation (NBI) in Manila on Monday, the President mentioned in his speech that he had “fired six generals when I assumed the presidency for involvement in the drug industry.”

But even Dela Rosa could not confirm Duterte’s statement. Asked whether Duterte was referring to the five generals, the police chief gave a curt reply: “Baka ‘yun na ‘yun.”

Asked if there would be more officials who will be sacked from their positions for alleged drug links, Dela Rosa said the leadership of the PNP is still in the process of evaluating the performance of their men.

He said he will announce the result of the evaluation by December.