Wrestling with God at Penuel 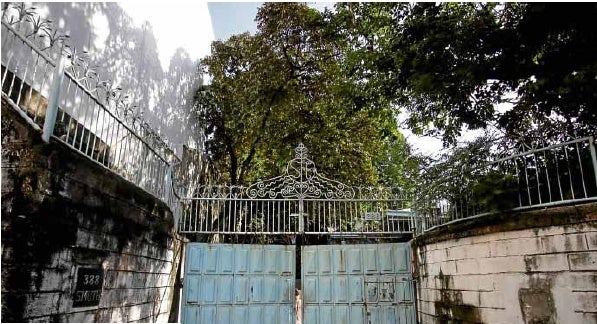 NO GUARDS The gate of Penuel facility. PHOTOS BY RICHARD REYES

It’s easy to think that Penuel Home is a fraternity house or a men’s dorm, and not an addiction treatment facility.

Without guards or grills to keep them in line, residents at Penuel loaf around the spacious but sparsely furnished living area wearing basketball jerseys and flip flops. On a square table, two men face each other, hunched over chess pieces. A younger man is strumming a guitar as he walks around the room, while another guy with tattoed forearms is glued to his cellphone, talking to his daughter.

The man at the reception desk checks the logbook for the day’s appointments. There have been a number of inquiries about admission since July when President Duterte launched his all-out war against drugs called “Oplan Tokhang,” but Penuel Home can only accommodate 29 residents.

There are admission rules, facility director and lay pastor Antonio “Tony” de la Paz pointed out. “A person must decide to change, and must come here voluntarily with the support of his family,” the former drug addict said. 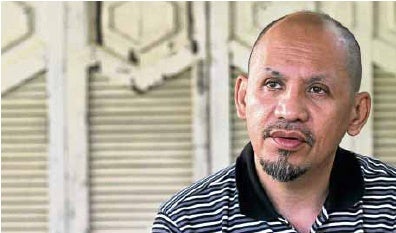 Since July, over 700,000 drug users have surrendered to the police, crowding jails and government-owned rehab centers that are either free or charge a minimal fee of about P3,000 a month.

Penuel is a private facility that charges P45,000 a month for the 7-month treatment program. It admits men aged 18 and above who are addicted to substances like drugs and alcohol, and vices like gambling, internet and even sex.

“We believe in restoring relationships: first, with the Lord, then with the family. Healed relationships will lead to the healing of the physical body,” De la Paz said of the facility’s program that is “spiritual healing” plus “12 steps to recovery” originally conceptualized by a small group of alcoholics over seven decades ago.

The 12-step program consists of specific actions in battling addiction, from admission that “one cannot control it” to the need for “a higher power for strength,” and the need to help others overcome their addiction.

Manny Vergara, 54, a US green card holder who used to work at the Burbank Airport in California, credits the Christ-centered Bible-based Penuel program for helping him overcome his 30-year addiction to “shabu.”

The facility was in fact named after Penuel in Genesis 32:22-31, where Jacob wrestled with God for blessing. It is an experience that every resident at the home replicates in a sense.

For many Penuel residents, reading the Bible is the first step to rehab as the Holy Book becomes their constant guide in their eventual break from drugs. This was the route taken by De la Paz when he quit drugs in the 1990s after 15 years of addiction.

The son of a colonel, De la Paz joined the drug scene as a high school student at San Beda in the 1970s. He tried marijuana, Mogadon, LSD, and cocaine, among other drugs. The habit led him to drop out of college and become a bum. In 1987, while working in sales, he discovered shabu, then the latest drug craze in Manila.

Shabu was like no other drug he ever used, he said. “No one gets an overdose, and there are no withdrawals. You can go to work high, and you’re even more productive,” De la Paz recalled. But his “perpetual” high would affect his looks and his way of thinking. Still, he remained oblivious of its effects and drifted from job to job, often getting fired for stealing company funds to finance his addiction.

One day he sensed his family’s plan to send him on rehab, a discovery that sent him on a rampage. He attacked his brother with a knife, hoping to kill him before committing suicide. But his brother overpowered him. Sent to the defunct Narcotics Command for custody, he was released after three months without charges filed, thanks to his father’s connections.

De la Paz went home to a family in shambles. His parents were old and ailing and his girlfriend had dumped him. One night while alone and depressed, De la Paz chanced upon the 700 Club program on television. “It was a weird feeling. I found myself crying, and praying,” he said. De la Paz would start reading the Bible and found calm in his daily life. He would look for a job, reconciled with, and eventually married his girlfriend, who had joined the Christ Commission Fellowship (CCF).

In one Sunday worship at the CCF, De la Paz found himself seated beside the brother he had tried to kill. “What are the chances that we would meet again? We’ve been estranged for years,” he said.

Vergara had a similar history. He underwent rehab in the United States and spent months as well at the Department of Health Treatment and Rehabilitation Center in Bicutan after a drug bust. But he found himself sinking deeper after each rehab. Admitted at Penuel a few years ago, Vergara’s newfound tranquility at the Home was shattered by a domestic problem that drove him back to shabu. After surviving a stroke, he returned to Penuel last year.

“I’m over shabu,” Vergara said last month. His domestic turmoil has been settled and he continues to report to Penuel for the twice-a-week drug test required of all its alumni. He has also joined the CCF as a lay pastor. The CCF oversees the Penuel Home through its “sister” organization, the Precious Hope Foundation. Vergara has even joined the Philippine National Police’s Oplan Tokhang by giving pep talk to drug surrenderers.

“I’ve wasted 30 years of my life,” he said, estimating that he had spent $4 million on drugs during those years.

John (not his real name) cited family as his main motivation to stay clean. “My wife threatened to leave me if I don’t stop using shabu. I don’t want to lose my family, so I decided to seek help.” He entered Penuel in 2014 and now reports there regularly to do volunteer clerical and administrative duties as a follow-through to his rehab.

“Wala na, no more shabu,” John said. How did he do it? “Simple. Eat, pray, sleep. It works,” he said, flashing a toothless grin.

At Penuel, said De la Paz, every resident can be like the Biblical Jacob: “Transformed in the image and likeness of God, restored to God’s original design for their life.”/rga