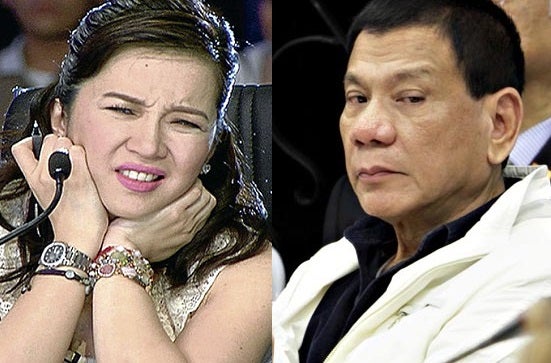 President Rodrigo Duterte is doing “fine” after officials said a migraine led him to skip an interview with television host Kris Aquino during a Davao City summit for micro, small, and medium scale enterprises on Friday afternoon, his spokesperson Ernesto Abella said on Saturday.

“The long hours and endless trips must be taking their toll on the President. Like any human being, the President needs to take a rest,” Andanar said Saturday when asked about the Chief Executive’s health.

But a few hours after the event he was supposed to attend with Aquino, Mr. Duterte was back on his feet.

On Friday night, he attended the launching of the Pilipinong May Puso Foundation Inc., which was also held in recognition of the humanitarian efforts of his mother, the late Soledad Duterte.

In the same event, he mentioned a trip to the mountains as the reason for his tardiness.

“I had to go to a place where we had a hard time negotiating [the way down]. It was raining very hard in the mountains and you could just not make it on time. If you want to make it faster, I might not have made it tonight,” he said.

The President arrived before dawn on Friday from a two-day visit to Thailand and Malaysia. Before these trips, he had flown to Laos, Indonesia, Brunei, Vietnam, China, and Japan.

He is scheduled to fly this month to Peru for the Asia-Pacific Economic Cooperation summit.

Aquino had made light of the cancellation of her interview, saying that first dates don’t always push through.

She said she hoped that the President would give her a chance.

In his Friday night speech, Mr. Duterte mentioned that he had supported President Aquino, though he never stepped foot in Malacañang during his term.

In contrast, he said he was in the palace almost every week when Gloria Macapagal-Arroyo was President, as he had been a consultant for law and order.

Arroyo, now a Pampanga representative, was present during the event held to honor Mr. Duterte’s mother.

Mr. Duterte welcomed Arroyo to the event and recalled his earlier statement to her that he was a “loyal friend.”/rga